Announcement FAQ Where are they now? - Forum Edition

With the exciting new move comes an exciting new restructuring of the forum! Of course you can probably figure things out just by exploring, but if you're anything like me, it would still help a lot to have a "cheat sheet" of where your favorite subforum may have ended up - and that's what this thread is for!


Board Announcements has been rebranded Radio Tower - no need to worry about a Team Rocket takeover here, at least!

Dry Erase - Largely unchanged. Still the go-to for the administration hub, forum announcements, the usual. Do note that Warn Appeals are not going be conducted by a forum section here as detailed in this thread.

Complaints Subforum is now a regular part of Dry Erase as well.

Short section but that's pretty much all regular users need to worry about ;)
Unfortunately we have to F in the chat for the main Nuzlocke comic discussion considering it uh... Doesn't really update anymore, and also we own the forums so we can't make any more gags about having to break Nuzlocke out of jail.


So if you haven't seen the subforum already, FCR got quite a bit of an overhaul with the introduction of the tag system! A very helpful guide for posting content can be found here, courtesy of Aozora! I highly recommend reading it to see if it answers any questions you may have.

Bear with me as I may have to explain things in multiple places, but starting here:

FCR - First and foremost, thanks to the shiny new prefixes, there is no longer any need for further subforums like Comics, Screenshot/Written Logs, and Written runs. Instead we can add prefixes based on the kind of run created (also detailed in the guide). Complete/Incomplete are also being merged in a similar fashion.

Events are no longer under FCR and will now be their own section of Lilycove Museum.

Other Adventures also no longer have a subforum, and instead are split between FCR and the new Creative Content subforum (which has a guide here) There are important distinctions on which content goes where:
Challenge Discussion has been collapsed into the new Pokémon & Challenge Discussion section located under Other/Poképark. Ruleset discussion can be appropriately tagged there to distinguish it from the typical Pokémon discussion that we had on the old forum.
The "Other" section has been rebranded to Poképark! Here you can find largely what you would expect here from the old forum.

Off Topic General remains largely unchanged aside from the porting of Friendship Cafe from Festival Plaza.

Pokémon, as previously mentioned, has now been merged into Pokémon & Challenge Discussion subforum. This guide hashes out more details. One more important thing to note is that game-y threads like "Create a Move" now belong in Festival Plaza.

Entert00nment (Entertainment) got a similar treatment to FCR - Video Games and Muslocke sections are now unnecessary with the advent of prefixes.

Creative, as detailed above, has been split between FCR and Creative Content, both located in Lilycove Museum. Again, a guide can be found here.

Cybercrime Café also remains largely unchanged, with the exception of the absence of the Complete and Incomplete hack sections. This is also now the place for hacks for other games (e.g. Fire Emblem) and Pokémon games made by other means (e.g. RPG Maker creations). Additionally, you can now post fan threads for hacks - no need to hack a game yourself for you to make a thread. Please note that we still adhere to the "No Posting ROMs" rule.

Role Playing Games is another subforum that has been split. Long-form, story-focused, and more "proper" RPGs (PMD, Fire Emblem, tabletop-esque, etc.) now belong in Creative Content, while RPGs more aligned with the "Game" aspect (Mafia and RTD's) now belong in Festival Plaza. Appropriate prefixes can be applied in all cases.

Festival Plaza also remains largely unchanged, aside from giving a new home to Mafia and RTD games in exchange for Friendship Café being ported to Off Topic General (though it is still pinned and accessible through Festival Plaza). A guide to making a fun game can be found here.

Blog is unchanged and self-explanatory.
Renamed Ruins of Alph and currently under construction at time of writing, the big change here is having a link to the old Tapatalk forums which contains the old Archives as well as Cinnabar Laboratory. Old Chateau serves as the new forum archive.
That should be everything! If you have further questions please feel free to ask in this thread, contact a moderator or admin, or peruse the useful forum guides we have compiled under resources! 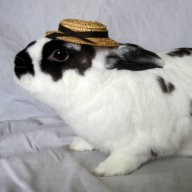 Pokédex Entry
Is actually just a rabbit typing on a laptop. Yes, really.

Well, might as well inaugurate my shiny new account here ! Regarding the tags, do we have full control over them, or are they premade ? I was thinking if it's the first, it could help for, say, find a particular playthrough of a game or something.

Prefixes are set (but we can change them), tags you should have full control over
You must log in or register to reply here.