Helo, I don't think the fire red version of touhoumon 1.8 has enough PC98 characters in its maingame, so I fixed that.
also I added in ten desires characters because one of them looks like mima
Not the best at hacking atm so SAVE FREQUENTLY! You might just run into bugs.

Okay so what this hack is in actuality is pretty much a testing grounds for ideas to add into touhoumon tweaked, along with some other alterations to make for a more... unique experience to fit in with the april fools theme.
- Evolutions are 100% disabled. Only Chibi puppets are usable. EXP rates have been adjusted to accommodate for this so expect the earlygame to go by pretty fast. Level-up movepools have been extended so puppets don't stop learning moves after their former evolution points.
- All puppet stats are doubled. The only exceptions are the HP stats on CKaguya and COrange, which had their other doubled stats adjusted to accomodate for their HP stats hitting the 255 cap. Their BST is still doubled appropriately.
- The type chart has been adjusted! Wind and electric were split up (kinda spoiled that oops), the fairy type has been added in from later pokemon series, and the bug and dragon typings have been added back from 1.5. 1.8 typings are still mostly preserved outside of that, but there might be some odd type combos that weren't in 1.8 (CKogasa being ghost/wind, for example)
- Puppets from DDC+ are added in, the ones from beyond DDC have status unique to them (Reimufate, if you don't want me using the chibi sprites for the LoLK/HSiFS/WB&WC puppets, please notify me and I'll remove those puppets as soon as I can) As the april fools joke stated, PC98 puppets were also made available during the maingame. There's also a few... special remnants from 1.5 that also got in due to there being a ton of puppet slots still available.
-Playable up to the kanto HoF. I forget if I edited the postgame sevii islands content so tread carefully should you get there. 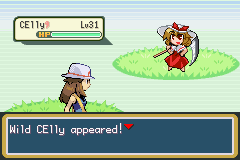 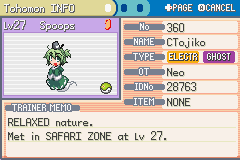 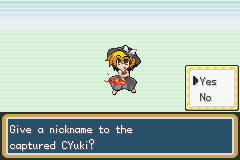 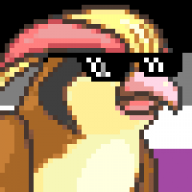 Pokédex Entry
This Pokemon appreciates all hugs, internet or otherwise.