Thread Description
Nurse Joy's job is harder than it looks...You're a Pokemon healer, and your goal is to treat every Pokemon you catch! 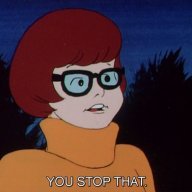 Doc-locke Rules
You are a Pokemon doctor! The Pokemon you catch may have injuries or illnesses that you need to treat. But caring for sick Pokemon takes time and money…

The gameplay is divided up into hours and days. One hour passes for every two trainer battles or every 5 wild encounters (running away from battles is included). Time also passes when backtracking through routes you’ve already explored and when exploring a new city. Major trainer battles, like gyms, rivals, or mob bosses, are 1 hour each. Daily care of Pokemon also takes time, depending on the number of Pokemon and the extent of care they require. You need 8 hours of sleep per night. An exception can be made in certain situations like lengthy villain raids, where the trainer would not realistically be able to stop to sleep, but missed sleep must be made up as soon as possible.

Caring for all these sick Pokemon also costs money! In addition to the Poke you earn in the game, you can also make “real” money (US dollars, in my case) to use for your clinic. 100 Poke=$1. But there’s a catch- you only earn dollars if you “win” the battle. You follow the Nuzlocke Code of Honor, which considers a battle a loss if you need to use more Pokemon than your opponent or if you lose more than 3 items unless the opponent uses more. If you lose a battle, you have to give up some dollars! You can put yourself into debt, but you cannot buy items in-game until you pay it all off.

Extra money, medical equipment, and other upgrades can be earned as grants by defeating gyms or villain bosses. However, the generosity of the grant depends on following the Code of Honor. That means, in addition to the rules for normal trainers (you can’t use more Pokemon than the opponent and you can’t use more than 3 healing items), the Code of Honor also expects you to avoid surpassing the level limit and beating all the gym trainers without leaving the area. Each time one of these rules are broken, your grant will decrease in value.

Grants are the best way to upgrade your clinic. To start, your clinic has room for 30 Pokemon, with bigger Pokemon taking up more room. Some Pokemon may require special living arrangements, like a water pool for fish Pokemon or a quarantine room for Pokemon with contagious illnesses. If you can’t provide the necessary living environment for your Pokemon, they may have to sleep outside and be at risk of attack. Keep in mind: your clinic can only be accessed through Pokemon centers. If you choose to camp for a night in the middle of a route or a cave, you will not have access to your boxed Pokemon. Make sure you’re home in time to give those morning meds!

For each Pokemon you obtain, begin a client chart by randomizing an age. Ages categorized as follows: Baby, child, adolescent, adult, and elder. How long a Pokemon stays in each stage depends on their species. Age can affect the way an impairment manifests.

Then, a diagnosis is determined. Diagnoses are categorized as follows: healthy, acquired illness, temporary injury, permanent injury, congenital disorder, species-specific illness, or fictional illness. Impairments can also be further categorized as mild, moderate, or severe. After randomly choosing a category, the diagnosis can be further specified.

The prognosis determines the percent chance that the Pokemon’s condition will improve, worsen, or stay the same over time. If the patient’s condition is critical, there is also a chance of death. If the RNG determines that a Pokemon is to die from their illness, any revives found during the game can be used as a resuscitation device to give them an extra chance.

The Pokemon’s limitations describe the way in which their disability affects the gameplay and their performance in battle.

The treatment section is the doctor’s plan of action! This includes any medication, procedures, or therapy they may need. You may choose to give physical, occupational, or speech therapy as needed. Therapy involves goals, which should be described here. But it’s always easier in writing; some Pokemon don’t like taking their medicine! You may have to purchase some protective equipment for yourself to avoid being bitten, burned, shocked, or anything else these creatures can throw at you! If the Pokemon is really big and dangerous, you may even need a tranquilizer gun to get near it.


Here's an example of a real client chart from my test playthrough! I'm almost at gym 4 and having a blast! I highly recommend giving it a try if you're as crazy as me.


Rt 2
Name: Feather
Species: Pidgey
Sex: Female
Age:Elder
Nature: Lonely
Characteristic: Capable of taking hits
Diagnosis: Acquired illness- moderate Type 2 Diabetes; recent
Prognosis:
Untreated, there is a 55% (+5% for age) chance per day of having high blood sugar levels. If high blood sugar develops, there is a 10% chance of death that increases by 5% per day until blood sugar levels return to normal. Treated, only 5% chance of high blood pressure.
10% chance per day of developing comorbid issues: blindness, issues with feet, or more severe diabetes.
If more severe diabetes occurs, there is a 15% chance per day of developing additional issues, including kidney disease.
Limitations:
During episodes of high blood pressure, should not be in battle for more than 3 turns or else chances of death and comorbid issues increases by 1% per turn. High blood pressure may also affect cognition and following commands.
Treatment:1 unit of insulin twice a day; increase if symptoms worsen
You must log in or register to reply here.