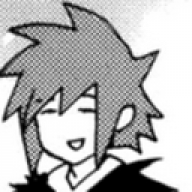 Pokédex Entry
A rarely seen pokemon that has been seen doing either of two things: drawing or daydreaming.

This nuzlocke comic has been discontinued.
Thank you for supporting this comic through the years but I've decided that I can't continue the comic as it is. If I were to ever touch this run again in a serious capacity, I'd need to reboot the whole comic, emphasize on the "ever". This thread is for archiving purposes.
I've started this comic in high school, when I was around 16 years old. The art is incredibly outdated compared to how my art is now. It wasn't really good in general because I've rushed it out the door with barely any planning behind it.
I've learned so much and improved a lot from making this comic. It was a really big stepping stone for me in my art career.

Rules
1. Can only catch the first pokemon in every route (dupes clause and shiny clause are in effect).
2. Nickname all pokemon<
3. All pokemon that faint in-game are considered dead and unusable
4. Play in the Set style
5. No use of healing items in battle. Held items that can heal are allowed though.

AND BEFORE YOU READ THE FIRST PAGE, READ THE FOLLOWING BELOW:

Gym Leader Challenge and Champion Challenge- Challenges that Trainers in each region take. Each challenge have their own reward. The gym leader challenge is a "basic" challenge where trainers have to defeat all 8 gym leaders and get a chance for a position asr gym leader as a reward. The Champion challenge is a challenge with high risk and high reward, as trainers have to beat all 8 gym leaders, the elite four and champion in order to get rewarded for position of Champion.However, it comes at a cost, as any gijinka that loses a fight will be disqualified and will not be able to take the champion or gym leader challenge, effectively losing their ability to participate in the league.Trainers will lose their trainership in that region if they wipe out entirely to a gym leader,elite four and Champion. If you lose the challenge in one region, you can take the challenge again in another region, which comes with its own rules.
This will help give you some context on what the heck is going on.


Alternatively:
Read it on Deviantart
Gallery of Misc. Star-Crossed Art (Including Ref Sheets)

Also I don't know if anyone else can see but there's just a stray dot from using unordered listing for the pages. I have no idea why it's doing there and I don't know how to get rid of it aaaaaaaa​
Last edited by a moderator: Jul 1, 2019 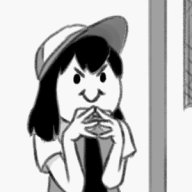 sometimes life really is quite lovely

Pokédex Entry
If you encounter a wild Kadew, best practice is to gently bully her into remembering that she loves to draw. She forgets, sometimes.

Oh! I've seen this around somewhere before, but never gave it a read! I just did now, and you have some really nice gijinka designs. It's a shame to see it left incomplete, but at least it was a stepping stone for you to bigger and better things. Good luck with whatever future creative endeavors you pursue! 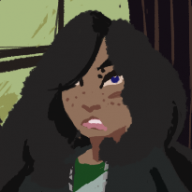 Hey! Its good to see you on the new forums. i remember your comic being posted around a bunch, and it's always nice to see a familiar face! You're right, I went to check out your art now adays and it's absolutely nothing compared to where you were when the comic started. It's gorgeous!!