Thread Description
Indulge in your vices, or overcome them. 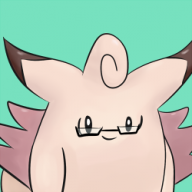 Hello, everyone! Are you ready to discover the darkest parts of the soul, human and Pokemon alike?

Sinlockw A:To start, each Pokemon has their own hidden weakness. Whenever you catch a pokemon, randomly select a sin

Sinlocke B: If a Pokemon should succumb to their vices and die, their vice is passed on to their trainer. Until the next milestone battle, (gyms in most games, trials in Alola), you receive an additional rule for the lost Pokemon's sin:
SInlocke C: If you want to overcome sin, you must face your faults head-on. When you complete a milestone battle , you may randomly roll a sin rule. If you complete the next milestone battle without a death, you may put a virtue counter on every Pokemon on your team. Once a Pokemon has five virtue counters on them, their sin has been overcome, and they are no longer bound by their sin's rules.

I just wanted to say thank you to Simply Unknown, both for coming up with the original ruleset, and giving me permission to expand on it here. Right now, this is just a concept ruleset. Numbers and rules can be changed for balance reasons, or other concerns. If anyone has any ideas or feedback, please let me know. I'm considering doing a BD sinlocke to test the rules out, and I'll post the results then
Last edited: Yesterday at 9:24 PM

Really cool idea and a great addition to it. The sins are not balanced and some are harsher than the others, but that's ok as they don't have to be (same is true for the Lorelocke rules for example), just pointing it out as it will randomly make some pokemon better or worse to use. SinlockeA - Pride and Vanity are the two I'm most worried about (though Sloth is also quite rough), but go ahead and test it and see how it goes, I might be wrong.

I also wonder about the five virtue counters, this mainly helps pokemon that you managed to keep with you from the beginning of the game. Is that the sort of pokemon you want to encourage to using specifically?

Thanks for the response.

In terms of the rules balance, do you think tweaks would help? Would changing Vanity to red health, or making Pride only apply to the first pokemon it's up against, be better? Also, what part of Sloth is the rough part?

The counter thing was actually to allow people to interact with the player sin rules without having to lose a pokemon to do so. Do you think its a problem if it benefits early game pokemon more?

About Vanity, making it up to Red health would make it almost irrelevant for games in which you can't use items in battle. If you assume this ruleset was meant to be used without this restriction then that could be a fair balance, otherwise it would make it a rather "easy" rule. Perhaps a third of health is a better compromise?

About Pride I think this would make it far more playable (and is the approach I took with some of my lorerules), as being locked into battle in Nuzlockes can be hell, so it must be limited in some way.

I do like the idea of the counters! I was just a bit worried that if you get a pokemon late in the game there's no way to counter their rule. But perhaps that's ok and you just can't solve all the rules. I'll think about it some if I have a better suggestion.
OP

Thanks for your feedback! I think I'll switch Pride now.

With the counters, I wanted to provide an incentive, without making it too easy to cancel the rules.

On a different note, it occurred to me after posting that Gluttony being berry focused could make its viability as a rule vary wildly, depending on how easy berries are to find. In addition, should people be allowed to give Pokemon a Razz Berry, or some other berry that can't be eaten in battle, and just let it be? And it's completely unworkable in Gen 1. I'm thinking maybe it needs a rewrite? What do you all think?

(Greed has a similar issue in Gen 1, but at least you can simulate it by boxing a random item and never withdrawing it.)
You must log in or register to reply here.