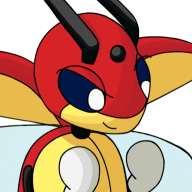 Welcome back to The Writer’s Locke, a Nuzlocke Reading Project!

Thank you all for bearing with us! This episode is a long time coming. We at The Writer's Locke apologize for the unexpected hiatus, which took much longer than originally anticipated. A great amount of effort went into putting this final episode together, from all of our writers, editors, hosts and guests. However, due to unavoidable issues with the editing pipeline and general burnout, we were unable to finish the audio editing on this episode. As such, we will not be releasing the episode in audio format. However, we've still put together a full transcript of the episode for your reading pleasure.


This episode's transcript link can be found here.
​
This episode features not one, but two all-new discussion segments with special guests! In the first, our lovely host Rainey discusses character arcs with Vent and Garish Garchomp. In the second, Whozawhatcha steps in as our guest host to discuss racial diversity in nuzlockes with Wwarborday and Missy! Both discussions offer excellent advice from practiced writers, and are well worth the read. This episode also features Garish Garchomp's farewell, in which he discusses his feelings about having Carousel featured in The Writer's Locke, as well as his thought process throughout the process of writing it. Finally, it features farewells from both Writer's Locke producer Flopdisc and its host, Rainey.

In addition, we do have one audio segment prepared for you! The racial diversity discussion segment was so long and thoughtful that we couldn't keep it all in the final cut of the episode, so we've prepared a special extra-long cut of the segment as a bonus episode, which has been uploaded to our usual podcast streaming services:
We've also prepared a full transcript of the bonus discussion segment for your convenience.

In addition, we've prepared a reading list of all of the books recommended in the bonus discussion segment:


This episode, we’ll be hearing from:
We don't have any specific discussion questions this time, but if you have any thoughts to share about either of the discussion segments, or anything else featured in this episode, post them down below!

If you have an itch you wanna scratch beyond that, there's always the Shop Talk subforum!

Your interest and support has gotten us all this far, and we're incredibly grateful for it. If you have any feedback about the transcript or any other aspect of the podcast, we'd love to hear from you! Feel free to drop a post here, in the main Writer's Locke thread, or to send a message direct via forum PM or Discord DM to a member of our crew!

"Amongst all these foreign sensations, it's this feeling he never wants to forget. The feeling that he's defying reality in the most elegant way."