Ever since Wondertrading was created back in Gen 6, there have been people who have used it to send hacked Pokemon. These hacked Pokemon are usually Shinies, are level 100, and come with excellent moves and abilities. Heck, my very first Shiny was a hacked Moltres! But considering the issues that they can cause, like you can't use them in competitive and apparently having one could potentially break your game back when Sword/Shield first came out, I wonder what people's opinions on them are.

My opinions on them are mixed. I have definitely benefited from them, like with the Shiny Moltres I mentioned above. And people must like them. I mean, there are dedicated websites where you can purchase these Pokemon, and I just got three of them while randomly Surprise-trading to clean out my box; two shinies and a level 100 new Legendary which was nice for my dex at least. So obviously there is a market for them. But considering what we do for nuzlockes and how they usually come in at high levels, they aren't really helpful gameplaywise. But they don't hurt anything in-game since it's a player's choice whether to use one or not, unless they want to go competitive where they would run into problems.

So what do you guys think? Like 'em, hate 'em, or have no opinion?

I've gotten a number of these. I won't list the names of them because a lot of the OTs and nicknames are advertisements for said genners (who want you to give them money so they can generate a Pokemon for you). Regardless, anything I get that I suspect is hacked or cloned I have quarantined and do not use. Still waiting for a tool like PokeCheck from the Gen V days for testing legitimacy. They'll either sit there forever or their fate will get determined by a legitimacy check someday. Meanwhile, anything I'm confident is hacked or cloned, I throw them out. I'll keep the Master Balls they invariably come with (because I almost never use them anyway), but otherwise I release 'em. Although, I'll admit, releasing a hacked shiny Lycanroc was kinda hard since it looked pretty darn cool, but there's no way I'm using a mon whose nickname is a genning advert.

But yeah, as someone who was heavy into breeding and trading at one point, I'm pretty heavily against genning and cloning Pokemon and won't knowingly trade for them. RNG manipulation is where I draw the line. Won't do it myself (easier for me to just breed, especially this Gen), but won't get upset if someone else does it or trades me RNG manipped Pokemon.

I used to have a rule that I was stuck with whatever I got regardless of its level, but now that I'm doing nuzlockes on a more frequent basis, I don't have that rule anymore.

I will say that recently I've been getting a large amount of non-hacked, non-shiny overleveled Pokemon in my Sword surpriselocke test run (by 'test run' I mean that there's no permadeath, but I follow all the other rules of a surpriselocke, so I know what to watch out for when I hopefully eventually do surpriselocke Sword), and given how long it takes to execute a single surprise trade in SwSh, it's really annoying when I have a long string of overleveled Pokemon that I have to just keep trading in hopes of getting something actually usable.

I did get a level 12 shiny Rockruff holding a Master Ball in my currently running Ultra Sun wonderlocke. I don't know whether he was hacked or not, but what the heck, he's awesome and I'm keeping him. I just have to figure out what I'm gonna do with the Master Ball, given that anything I catch is supposed to be Wonder Traded anyway.

I don´t know if this is the case anymore, but I once heard that having illegal Pokémon can get your system banned.
Just today, I got a clearly hacked Jirachi in Ultra Sun by Wondertrade; and when I tried to trade it back, the game won´t allow me since it was a special Pokémon (Even more proof of being hacked) , and had to release it because I know this was gonna cause me trouble.

Is more than clear the person who hacked this Pokémon did it with malicious intent.

I can understand the appeal of these hacked Pokémon, but I personally won´t support something that can be use to screw with other people.

If I get one of those obviously hacked Level 100 Shiny Legendaries in a Wonderlocke, I tend to throw them into the PC as a "break glass in case of emergency" mon, only for use if everything else is dead. Although, if I get it as like my second mon (which has happened), I occasionally weaken wild mons with my other teammates then throw the hacked mon in as a meat shield while I pelt the wild mon with Pokeballs. Then they get boxed after my team fills up.

I release them. I don't like receiving them, so I don't send them back out. I do, however, take any Master Balls they were holding before I release them, such as a Shiny Eevee I received that had a website as an OT. I know I've used things like this because some people make some very convincing hacks, but anything blatant goes.

I honestly hate how people send out things that are illegal in the game, such as Shiny-locked Pokemon that have never been released as events. If someone wants to do a direct trade for them, I don't have a problem since then the person in question knows what they're getting. However, sending something like that to someone who doesn't know what they're getting is just wrong to me. Especially if someone is unaware that it's illegal. I'd love to do another Wonderlocke in Sword and Shield, but with how rampant these things are makes me very hesitant despite the fact that I have a rule for it (Release hack, catch another Pokemon, send that out). Even Pokemon Home isn't safe right now. I got a Glastrier (Crown Tundra spoiler) that, again, had a website as an OT. 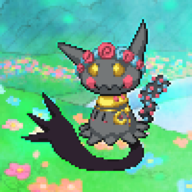 Level 100 shinies which are clearly hacked? No thanks.

But, uh. I must admit, I do send out some form of hacked Pokemon - sort of? They're the Berry Glitch Zigzagoon, but moved up to Gen VIII. I think it's a neat little bit of history, and I have access to generating them - but they have a set number of different versions, so it's a little easier for me to simply refresh my supply from PKHeX. (I could also do the same with the Channel Jirachi - ah, the life of a collector.)

I generally just quarrantine WT hacks in their own box, I'll just leave most of the more obvious ones to rot (websites anywhere in the OT or name is a dead giveaway) but I might keep some of the ones that are either amusing (such as a shiny oricorio that had 0 IV in everything but attack and speed with both stats maxed out) or at least look legitimate (I've hatched my own 6IV shiny before so it's not impossible but it's probably still super cloned at best if one's sending it out on wonder trade)
That being said I'm gonna keep things that are not normally possible but can be obtained in-game like the under-leveled trade pokemon in earlier gens/pokemon GO transfer

I recently got a shiny Galarian Yamask with an URL as its nickname, which is a dead giveaway for a hacked mon. I'm still keeping it because it's kind of cool, but I'm not using it in online raid battles because I don't want to advertise cheat sites. 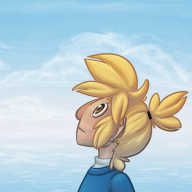 I found a couple in my ORAS wonderlocke, but since they were usually a high level, and I made a rule where I had to trade until I found something under my level limit, I usually traded them away. I did end up keeping a pidgey that I later found out was either hacked or from someone who somehow got an early version of the gen 1 DS virtual re-releases of the original games. It was only level 1, but it had Mimic which pidgey could only ever learn in gen 1 from the mimic TM. I ended up using it actually!
You must log in or register to reply here.
Share:
Facebook Twitter Reddit Pinterest Tumblr WhatsApp Email Link