General "Of Man And Monster: An Extensive Look At Monster Biology, Behaviour And Human-Monster Interaction" by Dr. Yukinari Ohkido 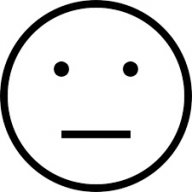 The year is 1965. Tissue samples of an unknown species are found on the carcass of a South-Eastern black bear in the Tokiwa Forest. A creature capable of felling such a powerful beast piques the scientists’ interests, and Doctor Satoshi Tajiri leads an expedition into the heart of the Sea of Trees in search of this mysterious animal.

Two weeks into the journey, the first specimen of the kingdom Monstra is discovered: a bulbasaur among the rest of its newborn school, resembling tadpoles of the Anura order. The research team returns to Yamabuki City with their findings.

We now stand centuries ahead of this discovery, and species of this newfound kingdom have become commonplace. Seeing extensive use not only in military and defense, but also of agriculture, travel, transport, construction, and medicine, among many other potential avenues yet explored. This book is an amassment of generations of research, serving as a compilation of information gleamed on the biology and behaviour of the monster kingdom.​
Hi! I'm FantasyIsAmazing! This is a culmination of my love for Pokémon and biology, and the ever-expanding insanity of lockdown. This is essentially a compilation of my universe's version of Pokémon, herein called "monsters", reimagined in a more realistic way, i.e. fire needs to have a source for creation, Flying type Pokémon need to have a proper wing-to-body ratio in order to achieve and maintain flight, etc.

Disclaimer: I am not a biologist, so if I get anything wrong, please tell me in the comments and give me suggestions on how to correct it.

This is honestly just a fun writing project I had in mind, and I'm hoping people will enjoy it.

This is so cool! I love the idea. It reminds me of Marie Brennan’s Memoirs of Lady Trent series.
You must log in or register to reply here.