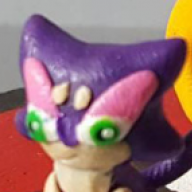 Location
right behind you

Pokédex Entry
The cat-cephalopod Pokemon. When threatened, it will sucker punch its attacker with all 8 of its tentacles.

There are so many things in life you can't control.
Sometimes luck is not in your favor. And when misfortune greets you...
Can you play with the hand you're dealt, or will you fold to the circumstances?

♢ ♧ ♡ ♤​
Hello and welcome to my first storylocke, and first run in a long ass time on the forums! Gold Rush is one of many nuzlockes being created for Mirror World, which, if you don't know what that is then go check it out. It's really cool and Jim is making my life hell with it. It's mainly a character driven slice of life dramedy, but I'll probably brush on multiple other genres. Although this is a written story, I plan to include pictures so I think that counts as mixed media? I dunno.

There will be no strict format or update schedule for this run, but I'll be moving along with the rest of Mirror World so I'll usually have new content out around when we hit another checkpoint. Anyway, here's all the content:


NUZLOCKE RULES
Note: I'm playing Gold version instead of Crystal because I'm that bitch and I realized too late everyone was doing Crystal. Plus it fits my run, so, yeah.

♢ If a Pokemon faints, it is considered dead and must be released.
♧ You must nickname every Pokemon.
♡ You must catch the first Pokemon on each route, and if you fail the encounter you don't get another shot. The GM can void this rule for challenge rewards.
♤ Dupes clause and shiny clause are active for this run. Gift and egg Pokemon are counted separately from encounters.

♤ SPECIAL RULE ♡
Up to 3 times per checkpoint (at least 1 required), you and another player can initiate a minigame. this game can be anything, from rolling dice to having a match on pokemon showdown, but both players are required to decide on a bet. the bet can be something with very low or high risk/reward depending on what both parties are comfortable with. Because this can go both ways, it is both a restriction and a reward.

DM me if you have something you want me to put here!
I'm sad because I have things I could put here but they're spoilers. :(
There will be things here soon I swear.
You must log in or register to reply here.
Share:
Facebook Twitter Reddit Pinterest Tumblr WhatsApp Email Link