Nuzlocke Moves you have grown to love/hate thanks to Nuzlockes 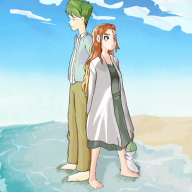 This is completely and utterly counterintuitive, but I have grown to LOVE Metronome.

The horror! I know, I know. What if something explodes? Why would I risk that? Here's why

It's fun as hell. Especially if you're going to write about it! I'm currently working on gameplay for an upcoming fic and I have a Metronome-using Pokemon. It's so damn entertaining to dream up the battles I get to write about that'll be so utterly random and unpredictable. Idk, I just think it's a super fun move that I'm willing to accept the risks of. I've never had an Explosion happen! 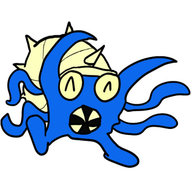 After killing Lance with my Azumarill using only 4PP I must say that I love Rollout. Even though I failed an X run because it missed three times in a row it still feels amazing when you hit multiple times in a row, doubling the damage every time.
And since sweeping is my favorite strategy I also really like moves that raise multiple stats at the same time. Or movs that raise one stat sharply. Or drastically. Or that maximize stats.
P

Hate: Pursuit, Destiny Bond, Explosion, and Outrage Clones (in Gens where their BP is 120): well, I love the Outrage clones when I have them, but let me tell you, Lance in HgSS is a nightmare when you don’t allow healing in battle and his Ace has BP 120 STAB that 2 - 3HKOs your entire team

moves I hate to use: Hypnosis, and Non Compound Eyes Sleep Powder. I’m just not willing to click them and potentially give up my turn. Sing is at least usually found early game on Pokémon with decent bulk

Love: Swords Dance, Nasty Plot, Rock Polish, Calm Mind (when you can’t use heals, being able to kill enemies in 1 blow becomes super important. Rock Polish, meanwhile, lets an Early Game Tank like The Dude be used as a sweeper towards the end of the run, because as its typing weakens defensively, it becomes better offensively)

Fire Blast (how often can you claim to take out Miltank at near prime health with a neutral attack? Sure it was Blaze and Charcoal buffed, but that just sweetened the deal).

Flash (I’m not joking. Since the AI almost never switches, you can neuter a wimpy lead and then then use that as a chance to set up with SD, DD, or whatever other move)

And of course, Return. Normal type EQ. What’s not to love? It carried my Huge Power Adamantzurill thru most of White 2 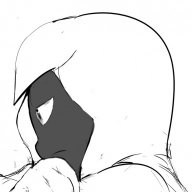 Hate: Double Team, Destiny Bond, Counter, Bulk Up, Selfdestruct, Explosion, Overheat, Attract (most of this is all from R/S/E experience)

Love: Teleport (extremely valuable when you need to transport a Poisoned team member back to safety, or just urgently need to heal in general), Thrash (getting this onto Gyarados in R/S/E or Nidoking in FR/LG early on is pretty broken imo), Secret Power (anyone who's anyone can learn this, it hits pretty decently & with added effects; in FR/LG, it's my personal favorite way to thwack Misty's star Pokemon -> TM43 + Gyarados = Win)

Hate: any counter based move, FUCK COUNTERS
Love: Dragon rage and Sonic boom, really useful early game, which is the most vulnerable part of any nuzlocke 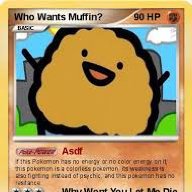 Pokédex Entry
A pokemon that, when come of age, Throw's Itself at its computer and basically dies. It is rare to see one of these in the wild, as they are inside.

I hate, And I mean HATE, sucker punch. I have lost over 30 of my beloved Pokemon in Pokemon insurgence from sucker punch. I've grown to love the elemental punches after sweeping the elite four on hard mode with my mega Delta gallade. 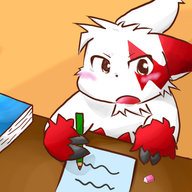 Hate: Selfdestruct, easily. It has the highest kill count out of any move in the series for me and has given me a hatred for Baltoys.

Love: Swords Dance. Always enjoyed having good setup moves like SD and DD, but being able to setup on a nonthreatening lead to a team of threats (i.e. DP Cynthia's Spiritomb) is invaluable. Plus, it's very fun to setup sweep when done correctly. 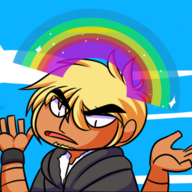 :D Protect, Here I'm like - w- so much for your most powerful move, huh?

...Focus Energy. Sure, sure it's not the biggest game breaker to ever exist. But in Nuzlockes, knowing my luck, it's often that moment of "prepare to have one mon gibbed by a crit, sucker.", it's so bad because it's like confusion: always better in the hands of the AI. 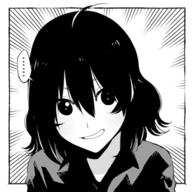 Hate - accuracy lowering moves such as sand attack, flash and double team. When you don't have a sure-hit move, it's a nightmare when your opponent sets up while you switch someone out. Double Team especially since it's not dependent on YOUR accuracy, but their evasiveness so once they get it up to a certain level then you're screwed.

Love - Leech seed. It's like poison powder and absorb put together, only it's automatic every turn and continues even when you switch pokemon. 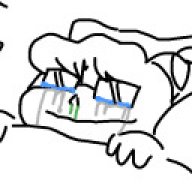 Love - U-turn. Not a move I typically used before, but (minor spoilers for my run) ended up abusing the hell out of it on one of my team members. Being able to get some chip damage and switch to a tanky member to take the hit made so many battles run so smoothly
Hate - Any status inducing moves like Confuse Ray, Hypnosis, etc. Those moves always seem to suck on your Pokemon (they never hit, the status rarely lasts more than two turns) but when the NPC trainers use them, they suddenly have 95% accuracy and you Pokemon will hit itself in confusion every turn. Also Destiny Bond, but everyone knows the pain of that. 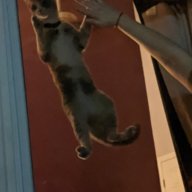 Bide after it got priority is nasty

Protip on Bide: if you have another priority move such as Quick Attack and you're faster, and the foe has just a sliver of health left, you can take it out before it has the chance to release all that energy. If you have Extreme Speed, it's guaranteed to strike before Bide does. 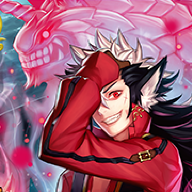 Double Team and Sand Attack are the worst.
In a regular run they are annoying, but in a Nuzlocke, they feel like a giant ball of stress, especially when the rival keeps hitting you, and you keep missing every single move.
N

Never thought it would be a problem, but I started hating Bite. There is nothing wrong with it in any individual game, but the type switching caught me off guard recently.

Coming into last Rocket Executive fight in Goldenrod Radio Tower I knew he had a Houndoom. I knew he had Bite. I knew it was a Dark type move. I thought nothing bad will happen - I have appropriate level Graveler after all.

I switch Graveler in on a Bite and watch the health drop below half. Only then it hit me - it's SPECIAL. I knew Houndoom had good SpA, but since it had no Dark Pulse, I thought I was safe.

Only a clutch Quick Claw activation saved the run from being over right there and even then I lost two of my most important members.

Anyway, I hate moves that feel Physical, but aren't (and vice versa) and Bite being Physical in all but two gens really annoys me. It also really screws over Poochyena in gen 3 - I always want to use it, but alas.

P.S. The Houndoom in question had Faint Attack as well, so I was screwed regardless. 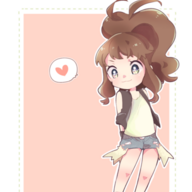 ^^ I seriously don’t get at all why exactly was Dark a special type back then (and Ghost being physical too but thats neither here nor there). I mean, why? Do Bite and Crunch work by throwing your dentures at the opponent? I’m pretty sure all Dark attacks earlier on were physical contact, so why was it a special attacking type?

PageEmperor said:
^^ I seriously don’t get at all why exactly was Dark a special type back then (and Ghost being physical too but thats neither here nor there). I mean, why? Do Bite and Crunch work by throwing your dentures at the opponent? I’m pretty sure all Dark attacks earlier on were physical contact, so why was it a special attacking type?
Click to expand...

Ghost was physical because in Gen I its only damaging attacks were Night Shade (which was fixed damage and thus physical/special was irrelevant) and Lick (decidedly physical, even to this day).

I'm not sure why Dark was special, but I'm going to guess that it's because if it were physical, then there would be 10 physical types and only 7 special types (at the time of Gen II, anyway). Making it Special meant that it was a more reasonable 9 physical, 8 special.
You must log in or register to reply here.
Share:
Facebook Twitter Reddit Pinterest Tumblr WhatsApp Email Link