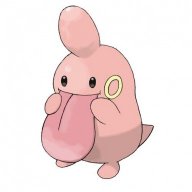 Monolocke Master is a challenge I took on last year; 18 monolockes of Ultra Sun with every single type of Pokemon existent. The RNG decided to destroy me from the beginning, assigning me Dragons, arguably the hardest type there is, due to the scarce availability and the enormous amount of time needed to raise fully evolved 'mons. Nontheless, I had managed to arrive at Exceggutor Island with no dead bodies, thanks to strategy, luck and dumbass opponents, when a chronic illness decided to target me, destroying everything I was. The thread I created on the old forum, first with Zetaboards and then with Tapatalk, got put into hiatus and my long way to recovery started. An year later, I pick my old US save and continue the run, but without updating on the forum, due to my lack of time and energy, and I manage to finish it. I'm satisfied because that run represented my old life and everything I left behind somehow and being able to pick it up again and finish it was fantastic. Anyway, I don't think I will transfer it here or finish writing the logs, but I will put the final results here. And no, I did not manage to go deathless, unfortunately. That would've been a miracle in a run with this kind of ruleset.

Graveyard: Pratibha the Salamence: 12-66; fell to a GODDAMN DESTINY BOND by a RR Grunt's Haunter
Briony the Kingdra; 18-60; killed by Ultra Necrozma during "Operation Toxic Cheese"
Tanya the Goodra; 22-60; you were supposed to survive that Dragon Pulse, just like the previous one. The only reason why Operation Toxic Cheese succeded and best special tank. Lady luck was not forgiving that night.
Djana the Flygon; 33-62; why does that Fire Type:Null know Black Hole Eclip-OH. FUCK YOU GLADION, FUCK YOU ZOROARK.
Time passed and my style changed. This time I will write from a first person POV and with a little bit of plot. Nothing too convoluted or ambitious for now, just an attempt.

"Anthonyyy! Sweetieeee! Dinner's ready!"
"Just a minute, mommy!"
"You can watch TV later, food's getting cold!"
"But mom, Aaron's fighting now!"
"Daddy has a surprise for you, you know?"
"A surprise?! Whatisitwhatisitwhatisit? Is it a Pokemon for me?"
"Come on, Anthony, you know you're too little for that"
"I'm not little!"
"Don't you wanna know about the surprise?"
"Yes!"
"Then make sure to clean the plate, alright?"
"Awwww, okay"

"*burp* So what's the surprise?"
"*giggle* Anthony! Manners!"
"The doctors advised your mother to reduce her exposition to pollution, to avoid hurting your little sis"
"So?"
"We're moving to Alola"
1) A Pokemon dies when Ultra Necrozma kills it it faints. You must then box it permanently.
2) Catch only the first Bug Pokemon you encounter every area. If there isn't any then you skip a catch.
2.1) Dupes Clause: No Pokemon currently alive can be recaptured.
2.2)A Non-Bug can be caught if it evolves into a Bug type.
3) Nickname every Pokemon
4) Screw Kukui's starters! You get a Wurple.
5) A wipe is Game Over.
6) The run is completed when you beat Red on the way to the Battle Tree after completing the RR episode
Last edited: Dec 24, 2019

My first day as a trainer started with my sister and mom's Meowth shouting in my ears to wake me up. I covered my ears with my pillow before throwing it at sis. She pouted cutely and I hugged her while she started singing happy birthday to me, with Meowth trying to sing along in the background. My sis' name is Beatrice, her friends call her Bea, while I call her Bee, mostly to annoy her. She is 8 and the reason why my family moved here in Route 1 just before she was born. Anyway, I got dressed and picked up my bag and hat, I was ready for adventure! When I got down, mom and dad put a blindfold on me and started leading me somewhere. Even though I couldn't see, I recognized the path we took, it was Hau'oli Outskirts and we were going to Professor Kukui's lab. I got so excited that I didn't even notice my parents stopping me and I bumped my head straight into a wall.

As soon as I entered, my blindfold was removed and a shout startled me: "SUPRIIIIIISEEEE!!" I wasn't expecting that. A gift in the form of a starter from Kukui? Sure! But a birthday party with all my friends and relatives? The thought never crossed my mind. Some of them even came all the way from Kanto! I know turning 18 is supposed to be a big deal, but I guess I felt a bit overwhelmed by the situation. The party was fun and it went on until sunset, when Kukui pulled out some Pokeballs and told me to choose one of them. Nothing unusual, right? Yeah, except for the fact that there were 7 of them and I didn't know what the hell they contained. I ended up choosing randomly and mentally facepalmed when a Wurmple came out of it. The seven three-stage-evolution Bug types. Kinda obvious, wasn't it? When I finished thanking everyone, I picked the Wurmple up and he started nuzzling my face. Cute, right? Yeah, until he started using string shot on my face. While everyone was busy laughing, he jumped on my head and then ran around the lab happily. The professor told me he was donated to him by a breeder, who named him Silas and that he's always been a bit of a prankster (no capital P unfortunately).

After everyone else went home, I finally had my first battle with Silas! Against my best friend, no less! His name is Hau and he's pretty popular around here, being the Kahuna's grandson and all. He turned 18 a few months ago and received his starter, but he promised me we would start our journey together so he stayed in Iki Town a bit longer. His advantage was pretty obvious during our battle though, add that to the type advantage his Litten had, and you obtain a curbstomp in his favour. He tried to apologize, but I told him it was fine and we shook hands, both grinning like two idiots. Our dream was starting to come true! Suddenly, Kukui strongly patted us on the back and told us Hala was looking for us in Iki Town. Hau immediately sprinted out of the lab at full speed and well, I couldn't blame him. The Kahuna is a spry old man and he's gentle with everybody, but as Hau's master he can be quite... stern. Let's just say stern.

After healing Silas, me and the professor went to town, but both Hau and Hala were already gone, so Kukui suggested to visit the Ruins of Confict, to ask Tapu Koko for his blessing before departing. It seemed a good way to pass the time, so I decided to do just that. I was spacing out in Mahalo Trail, when a Pokèmon cry brought me back on Earth. A strange little purple creature was being attacked on the bridge by some Spearow and a tall blond girl was begging me to help... it? Them? No matter. My body just started moving on its own and I run on the bridge, releasing Silas from his Pokeball. I noticed he was terrified of the birds, so I told him those Spearow were too young to know any Flying-type move and he immediately perked back up. Yes, it was a lie, but I couldn't help Nebby, as the girl called it, without Silas' help. A Spearow attacked us, but a quick combination of Poison Sting and Tackle knocked him out (he didn't even use Peck, thankfully, or Silas would have probably freaked out).As I saw an opening, I put my body between Nebby and the flock that was attacking it and I called back Silas to prevent the birds from turning him into dinner. The Pecks were not that strong, they could cause a couple of bumps, but that's it. I tried to pick Nebby up to run back but the little one was too frightened and somehow caused the bridge to collapse. As soon as I realized we were in free fall, something roasted all the Spearows at an incredible speed and picked us up. Before I realized I almost died, the Pokèmon put us back on the other side, looked at me for a split second and then bolted off in the sky. After that I must have realized what had almost happened to me and I fainted from shock.

When I came to, the girl, who staring at me with a look of deep concern, sighed in relief, and helped me up. She introduced herself as Lillie and thanked me for what I had done, before making Nebby apologize for all the trouble it caused. Looking at it in a calmer situation, I noticed this little critter was really cute, so I patted its head (body?) and said it was ok. Lillie put it back in her bag and we started conversing on the way back to town. Apparently, she became Kukui's assistant three months ago, but I basically never saw her around because she's studying a lot to become a Pokèmon nurse, so she's always in her room. When I asked her what she was doing on the trail, she tried to avoid the question, before giving in and saying Nebby wanted to reach the ruins for some reason. She made me promise not to tell anyone about it and, when I did, she smiled brightly, making my heart skip a beat. I also realized I had a strange stone in my pocket, which I definitely didn't have before. I made a note to myself to ask Hala about it later. When we arrived back in town, Hala, Kukui and Hau were waiting for us on the festival platform. When we told them what happened, with Nebby occasionally "pewing" in the background, everyone seemed pretty surprised and Hala asked me to give him the stone I found. After analyzing it for a bit, he deduced that the stone came from Tapu Koko, the guardian of Melemele, and, apparently, it only gives them out to trainers it respects. To be respected by a legendary without having won a single battle yet was strange, but I felt proud of myself. Then, the Kahuna did what he wanted to do from the start; he approved my request to travel on a journey for the Island Challenge! He gave me a passport, signed by him, and the professor handed me one of his Pokèdexes. Afterwards, Hala took the strange stone home to turn it into a Z-Ring and Hau went with him, leaving me with Lillie and the professor, who decided it was time to go home for the night. In Route 1, I said goodbye to them and went home. I decided against telling my parents or Bee about what happened, I mean, they don't need to worry about that now, right? After greeting them, I realized how tired I was and immediately went to bed. The last thing I saw before falling asleep was my sis playing tag with Silas, so I dozed off with a smile and slept peacefully.
Merry Christmas, nuzlocke forums! Sorry I couldn't come up with a better gift, but the first chapter of the story will have to do. If you have any criticism about the way I write, feel free to offer it, I'm always willing to improve!
You must log in or register to reply here.
Share:
Facebook Twitter Reddit Pinterest Tumblr WhatsApp Email Link