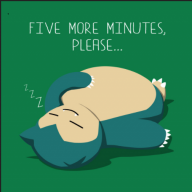 I am really enjoying reading this! I just found out about the lorelocke, and I'm very glad I decided to look into it. It's easily my favorite nuzlocke variant.

This has been a very fun read so far, and I'll be here for the rest of your updates! 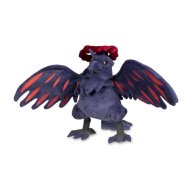 Pokédex Entry
Lives by the words "I'll do it tomorrow"


Pine
Emily
Radish
Sushi
Squilliam
Kira
A-58E
Snatcher
@SorrelBell Aww, thanks! glad you're enjoying it!
@Malinok Thank you! I find the run challenging, but it's been fun trying to work around all the restrictions
Now why would you two go fightin' a kyogre on your own?!
It seemed like the safest option at the time-
Well if the safest options is gettin' yourselves killed, then we clearly have very different definitions of safe!
I know you were only trying to protect us, but we were really worried about you.
Promise you won't do anything like that again!
"Alright, we promise."
(I'm glad you're okay too)
What was that?
Nothing!

Cleri was thankfully nice enough to show us the way out.
Hey, the rain stopped!
WE DID IT!
Finally, I was getting tired of all that rain.
"Ah, Locke! Glad to see you all made it out okay. We all owe you our thanks for stopping the rain, especially Wallace and I."
"Oh, it was no problem."
"Really, you've saved this region. Well, as much as i'd like to talk more, I should be getting back to league. Lot's of work to do regarding the recent events."
"Of course, I don't wanna keep you from all your work."
"I wish you luck in your upcoming fight with Wallace."

"No problem" huh?
"Well what did you want me to say then?"
She only shrugged in response
Well, the gym leader is probably waiting for you, and I should be getting back.
Well you can count me out of this fight. Saving your ass was enough excitement for one day. I'd rather wait outside.
"We should probably rest before taking on Wallace anyways."
I'd rather just get it over with. 'Sides, it's just some water types. We just fought a kyogre and won, how hard could it be?
"Well if everyone else is up for it, I don't have a problem with going now."
I don't mind!
I DON'T HAVE ANY OBJECTIONS.
I'm feelin' beat, but you guys can go on ahead without me.
I'm not feeling too good myself, but I don't think i'll be able to battle much for a while anyways.
"It's settled then, we'll fight Wallace now."

"Locke, before we commence this battle, I would like to say how thankful I am for all your help. However, I won't be going easy on you. I expect that you will also be fighting your hardest. I wish you luck."
"Of course, I wouldn't expect any less. I wish you luck as well."
First up was his luvdisc. Pine made quick work of her, however.
I expected a bigger challenge coming from the final gym leader.
Careful what you wish for!
LET ME TAKE HIM!
Sushi was able to easily faint the sealeo with a few thunderbolts.
"You fought well, Myre. Your gyarados is a formidable opponent, however, you'll find that Basil is no pushover."
"I wouldn't underestimate any of your pokemon."
Wallace had sent out his milotic. I decided it was best for Sushi to stay in.
Who is it this time?
YOU DARE FACE THE WRATH OF A GYARADOS?
I see. It's always the confident ones.
Sushi was putting up a good fight, but it seemed no matter how hard she hit him, he was able to easily recover, and I was running out of potions.
Let me fight him!
"I'm not sure..."
I THINK SHE CAN HELP!
This is getting quite boring. I thought you were supposed to be one of the best teams since you made it this far.
Emily did well fighting, but no matter what, the milotic wouldn't stay down.
Clearly just attacking it isn't doing anything. We need to find a weak point and strike there.
Perhaps I could assist with that?
I guess. Our only other option is guessing.
[ANALYZING POKEMON] [SEARCHING]
What is that thing? Is it even legal?
"The handbook didn't say anything about it."
[DATA FOUND] The weakest point would be the tail.
This had better work. If I die it's Emily's fault.
Wha- hey!
Pine had aimed a leaf blade at milotic's tail. This time, he couldn't easily recover from the damage. Another hit and he was down.
It's finally down! Thanks A-58E!
I appreciate you praise miss Emily, bit I was only doing my job.
His last two pokemon were easily defeated after that.
"I must say, i'm impressed. Few trainers are able to beat me."
"You put up a real fight."
"As do you. It is my honor to give you the Rain Badge."
Legally questionable methods aside, all that's left is victory road!

Pine, Level 41
Male
Ability: Overgrow
Moves: Leaf Blade, Return, Strength, Aerial Ace
Lore Rule: Royal Ancestry. Considered Royal. Won’t follow a commoner and will only follow another Royal in battle. Cannot switch this pokemon into the battle if another pokemon who is not Royal is in the battle. Cancel this effect as long as it holds a King’s Rock.

Emily, Level 37
Female
Ability: Pickup
Moves: Headbutt, Dig, Rock smash, Strength
Lore Rule: Echinemon. Can’t switch out of battle against Dragon and Poison pokemon. Can’t use Dragon or Poison type moves. Can’t be in the same party with a pokemon whose main typing is Dragon or Poison. Must know a Ground type move if possible.

Radish, Level 37
Male
Ability: Shield Dust
Moves: Flash (May not be used in battle), Shadow Ball, Light Screen, Silver Wind
Lore Rule: Descendant of Leizu. Whenever you enter a new non-city route/area that has a tree in it you may feed
Wurmple/Silcoon/Beautifly/Cascoon/Dustox once. After every three times it is fed you get 1 Silk. Silk can be treated as an item worth 5,000 pokeyen for the purpose of any lore rules. Must know the move String Shot if possible. Considered Royal.

Sushi, Level 37
Female
Ability: Intimidate
Moves: Ice Beam, Thunder Bolt, Fire Blast, Water Pulse
Lore Rule: The Grace of the Koi. Whenever you are near water you can choose to link or relink Magikarp with one pokemon on your team, and that pokemon loses its lore-rule as long as it is linked and both are at the same party (Can only have one pokemon linked to it at a time, and lose this ability and the link when it evolves into Gyarados). Magikarp/ Gyarados can't have more than two physical moves.

Squilliam, Level 34
Male
Ability: Clear Body
Moves: Waterfall, Dive, Surf, Toxic
Lore Rule: Vile Poison. When you catch this pokemon, there is a 30% chance for every non-Poison/Steel pokemon that was damaged by this pokemon to die from the deadly poison. (after the battle). If that pokemon was also poisoned in-game, change that to 50% to die. Must know at least one move that can cause poisoning if possible.

Kira, Level 35
Female
Ability: Sand Veil
Moves: Swift, Earthquake, Brick Break, Iron Tail
Lore Rule: Baixian Incarnate (Chosen of Baixian) Whenever a pokemon is supposed to die from a lore rule or become paralyzed/sick/fatigued/cursed, 33% that you may prevent this effect if Sandshrew/Sandslash is in your party. Must know a Steel type move if possible.

Congratulations! What a great team of heroes, it's really cool that so many of them have been with you so long.

Good luck in victory road! Stay alert, I have lost many brave pokemon in this part before.

Pokédex Entry
Lives by the words "I'll do it tomorrow"

@RubyClaw Somehow I didn't lose anyone else important
so announcement post time, finally was able to force myself to transfer everything from my cartridge to an emulator, so now I can motivate myself to actually play again. i'm past victory road, ngl probably gonna skip over that since nothing actually happened and the wally fight is only in ORAS. next chapter is taking place before victory road and doesn't really have anything to do with the actual game and is more lore stuff, while the chapter after that is gonna be the E4 and the champion. anyways see y'all next chapter

Can't wait to see the rest of the journey (also, didn't know you can transfer saves from cartridge to emulator).
You must log in or register to reply here.