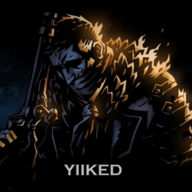 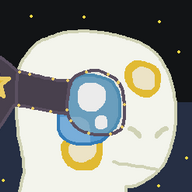 Okay, I’m observing everything that happened before I joined the game to see who is the most suspicious. Hopefully, this will be a comprehensive list of everything that went on.


Simple Scumhunt
Anemone - Confirmed Village.
Akane - A lot of bear posting on Day 1. Does not trust Pepper, trusts Plusle and Calendar. Doesn’t want 0 Anonymous to be voted out. Could easily be Mafia, but could just be talkative.
Cirr - Trusts Pepper. Has been helpful overall. Village vibes.
DrCools - Made a scumhunt, and has otherwise been very quiet. Probably Village.
Doesnt - Sussed both Hartt and Anemone, which is sus since they are both now confirmed Village. Really doesn’t trust 0 Anonymous. Neutral, but keep an eye on them.
Greenchu - Confirmed Village.
Hartt - Confirmed Village.
Hobohunter - Quiet as usual. Why is he being sussed? Neutral vibes.
Rueblie - Very quiet. Mostly just there. Neutral.
Pluslefan - Sussed Pepper pretty hard and went at it with 0 Anonymous. Notes the flaws in Greenchu’s plans. Doesn’t like bearposting. Made a massive bigpost detailing all of his susses. Neutral could go either way.
Salt&PepperBunny - Sussing pretty hard on Plusle and thinks Hartt was a dumb lynch. Not ‘SUS sus on Plusle’ whatever that means. Seems Village right now.
SweatingCalendar - Doesn’t want 0 Anonymous to be lynched. He susses the inactives the most, to be honest. Has put out a lot of opinions. Could go either way.
Under9000 - Has been contributing, but I don’t read any particular vibes. I dunno, so Neutral.
0 Anonymous - So many bears. Shared secret information with Greenchu and got in a fight with Pluslefan. Could very easily be Mafia, but could also just be 0 Anonymous.

I’m fine with the way the current lynch is going, but some of my current suspicions are also Akane, Doesnt, and Calendar.

Why are the dots still there? I would edit but I can't.

I'd like to actually propose the opposite to whoever (cal? someone?) mentioned in the last page or so

it's far more likely for maf to be active in this game than inactive, since all there is to go on in this game is opinions

maf needs to be active to sway the opinions of village

(this is true both in games with and without PRs, but more true in ones without since there's no flashy abilities to fling)

that's all I have for now, short punchy posts woo

I don't see what is suspicious about me admitting to forming a suspicion on Anemone overnight *after* Anemone was hard-cleared lol. I don't think I said a word about them day 1?

I'm only human, I can't psychically tell who's going to be marked or what alignment people are. Fair to suspect me over Hartt kill since I was all for that, although less for how they fell into Kesha's "trap" and more for their other posts. 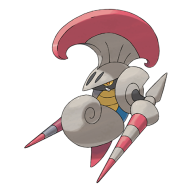 if 0 Anon is village, the real lesson is don't be a dick


I agree with you that Anon was too aggressive this phase, but that doesnt tend to be maf acting that way, its usually frustrated or overzealous villagers who make those plays


Cirr said:
it's far more likely for maf to be active in this game than inactive, since all there is to go on in this game is opinions

maf needs to be active to sway the opinions of village
Click to expand...


Or they can let a small group of villagers squabble at each other, absorbing the discussion & attention to use them all as lynch bait


Fell free to respond to this but this’ll be my final post for the phase, ultimately Anemone has made his decision so hopefully Anon does flip maf
D

Many 'gripping' developments. I'd let one of the arguers die to avoid having to read another day like that honestly. Calendar has a solid theory though, mafia doesn't actually need to make their "opinions" heard as long as some strong opinions are forming, since the kingmaker is probably just gonna look at the names that are argued for the most. As opposed to normal mafia where many people are using different judgement criteria when selecting their votes. If that makes sense.

DrCools said:
Many 'gripping' developments. I'd let one of the arguers die to avoid having to read another day like that honestly. Calendar has a solid theory though, mafia doesn't actually need to make their "opinions" heard as long as some strong opinions are forming, since the kingmaker is probably just gonna look at the names that are argued for the most. As opposed to normal mafia where many people are using different judgement criteria when selecting their votes. If that makes sense.
Click to expand...

regardless of who's maf, the belligerent villagers in this game need to give their heads a wobble
OP

still not me? how is this happening, the mafia can't keep getting away with this

That's rather out of left field, eh? Plusle had been accused a fair bit so I would have targetted an inactive player and let the arguing continue.

Actually if Plusle was mafia then tagging out would have been a genius move. Since Sparkle could respond to any question about previous days with "idk what plusle's thought process was". Plus the bit of sympathy generated from Plusle getting distressed enough to leave.

Anyways it's rather unfortunate with 0 Anon. I have to go to bed now but I want to engage with Akane's defensive posts from last day phase when I wake up. And maybe look back at the arguments more deeply to see if I can spot any trends.

Here's the dealio, the current split is 6/4, meaning if you pick wrong the game is over, something to keep in mind when you decide who you want to lynch (but don't like, stress about it, this is just a silly internet game). More or less, go with the mindset of "If I had all the marbles that somebody is maf, it'll be this person"

Personally, if I was in your shoes, I would pick @Doesnt admittedly, some of this is gut feeling but I feel like their sus of Anon was abit out of character. In fact Im abit frustrated with how obtuse village as a whole was last phase in regards to their sus of Anon that I have to assume at least one of them is maf, Doesn't would be one of those people. My second choice would be hobohunter which is much more off of gut feeling

The positive side to this being lylo is the fact you have a p reasonable chance at hitting a maf, 40 percent if my math is right, so almost a 50/50 odds of hitting a maf. If there was any player I'd recommend you don't lynch, it would be Akane cuz he's the player Im the most confident is village atp seeing as everybody who has been extremely active have been village so far (Im including myself & yeah you can't be sure Im village but whateves)

I'll try to be online in the morning to respond or give more thoughts, otherwise I can't garantee I'll be very active at all until like, late Friday

SweatingCalendar said:
the current split is 6/4, meaning if you pick wrong the game is over
Click to expand...

Nah the rules post says 4/4 split doesn't end the game. So if Sparkle picks wrong we still have one more day.

Also from an initial reread Akane is actually less suspicious than I thought. Still want to make some sort of analysis tomorrow (real time tomorrow) though. (Akane if you are laughing at me in the mafia chat after reading this I will say you have done a good job)

Annoying but predictable. There's two (really three) ways to look at this:

1) A mafia Plusle would not have gotten so incensed that he'd rage-quit the game, he would just sit back and chuckle as the overzealous villager gets himself mislynched by looking like a colossal dick. Therefore, Sparklepop is basically a village soft-clear, and thus the highest value to remove.

2) Mafia thinks it's a good idea to give voting power to the person who openly suspects myself, Akane, and Calendar.

2b) Mafia thinks it's a good idea to psych out the person openly suspecting myself, Akane, and Calendar into looking elsewhere.

Re: DrCools's point: I really don't think Plusle would quit the game purely for strategic benefit....I also don't think Eevee would tolerate such a plan if he caught wind of it since that's sorta blatant metagaming.

We are at 6/4. MYLO/LYLO don't really exist here since not lynching would be completely stupid in this ruleset, but we lose if we mislynch two more times, and have to lynch correctly four times.

I fully understand sus on me since I've supported both of the mislynches here, but all I can really say is apparently I just cannot read anymore. In my defense, 0 Anon really did not put on a clean act, and the push against him was not exclusively my own.

I would personally lynch one of Bunny, Rueblie, or hobo here, as I'm inclined to agree with Cal's theory yesterday that mafia is just sitting back and letting village fight each other. None of these three posted much yesterday.

Probably not gonna be v. active tomorrow since Thanksgiving, please no fighting today

though I would imagine the benefits of targeting sparkle to be twofold. given the chaos yesterday I'd imagine the scum would jump at the chance to both eliminate the soft clear AND cast suspicion/psych out. which one of the latter two, I have no idea, which is unhelpful.

yesterday I did suggest myself/Cools/Cirr/Hobo as potential mafia because we weren't being idiots. now obviously I don't think I'm mafia but if I was kingmaker today I'd probably pick one of those three.

worst case scenario - sparkle misses, and tomorrow's kingmaker has a >50% of hitting scum

I wake up, I come on the computer, and the next thing I know I’m being marked for death and forced to decide the vote. I never asked to be the Kingmaker, but it is my duty to determine who is most suspicious. Then I will do just that.

I have not been in the game for too long, so it is a little difficult to determine who to vote. There have been some theories that Mafia has been staying quiet and has just let Village be picking each other off. But it could also be one of the more active players. I still have my suspicions about Doesnt, but I have been getting less suspicious of Akane and SweatingCalendar.

Let me think about this…
You must log in or register to reply here.