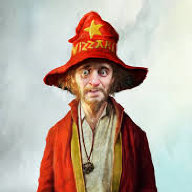 I've played many Nuzlockes and variations before, mainly on Gen1-3 games and ROM Hacks, Very recently I failed a semi-blind Hardcore Nuzlocke run on Platinum, so I thought: Let's do a completely blind Hardcore Locke on White2!

There has been an idea of a story lurking in my head lately. Not a whole plot, but just some basic ideas which I wanted to write down once. And when I started playing this game, the writing prompt basically created itself.

All criticism is welcome. As in, Critique level 5 welcome. In fact, the more, the better, since it can only improve my future writing. Don't worry about it, I can take it (I think).
Also, English is not my first language, and grammar mistakes or weird sentence building will happen. A lot. Please point them out to me.

Last: I haven't finished the game yet. I don't know what's coming, so the story is not set in stone yet either.

​
- This is a blind run, I have never played this game before. Besides a small list for levelcaps, I can't look up any walkthrough information about this game
(When looking up the levelcaps for White 2, I found out that the game has a Normal and a Challenge mode. I never played this game before, so my run will be on Normal mode)
- I can only catch the first Pokemon I encounter in an area. If I already own this Pokemon or line of evolution, I get 2 more attempts to catch a different Pokemon
- Each Pokémon that faints is considered dead and must be released or permaboxed
- Game must be played on SET-mode
- No healing items or battle items during battles. Hold items are allowed
- My Pokémon are level-capped during Gymleader and League battles. Also, I may not use more Pokémon than my opponent in these matches
- No egg-, gift-, static- or legendary Pokémon. Starter must be released after my first catch is at level 5
May I introduce the glorious death?
~ Mors Principium Est​
They were suddenly there. Men in hoods, standing along the treelines, surrounding the farm. Under their hoods, from a distance barely visible, were strange metallic objects, covering their faces.
Gas masks.
Then, more figures showed up. Pokémon. One of the hooded men raised his right arm, and within seconds, a purplish cloud started to appear, covering the paddocks. A few minutes later the men and their Pokémon moved in towards the farm, avoiding the lump figures lying around in the grass.

Inside the farmhouse, an elderly couple sat at the table, enjoying their morning breakfast. A third chair was empty, as always around this time. The bald man, strong, seasoned face with blood-flecked eyes and a big salt-and-pepper beard, was reading the PokéGazette while sipping his coffee. The woman, who carried her long, snowwhite hair in a ponytail, was just about to put some more butter on her toast, when a loud screeching sound came from the living room.
“Oh, for crying out loud”, murmured the man, and then louder: “Why is that bird allowed in the house again?”
“Because that bird is ours, Amos, that’s why. Now, be a dear and go check on her, will you?”
Reluctant, Amos got up. He moved slowly, with a hunched back and painful joints, towards the living room, where a Chatot kept squawking. For over 40 years Amos and his wife Miriam owned this Daycare Farm, and they have had the Chatot even longer, but Amos’ memory hadn’t been that sharp lately. It wouldn't be long, Amos hoped, before their grandson would take over and he and his wife could finally enjoy their final years as pensioners.
“Shut your beak, bird! What’s gotten into you?” Amos spotted the Chatot flailing on its stick near the big window. A second later he realised what it was that got the bird so upset.
“Mir, darling?”

Upstairs, in one of the bedrooms, the grandson was suddenly roused by the commotion from downstairs. Annoyed, he burrowed himself into the soft sheets, trying to block out the noise.
“I hate this place”, he mumbled to himself, not for the first time.
It wasn’t his grandparents he hated - they raised him since he was a little boy, and he loved them as his own parents - but being surrounded by Pokémon from strangers, day in and day out, wasn’t always as fun as his classmates thought it was.
The teenage boy turned around in his bed to look at his alarm clock, when he heard another noise, this time not coming from downstairs.
He focused to hear where the sound was coming from. It was a stumbling sound, like footsteps, coming from above.
From the roof.
Suddenly wide awake, he jumped out of bed and opened the thick curtains. At first, all he saw was a purple fog and his own reflection staring back at him, but when he looked closer, confused, he noticed there was something else too.
Something moving.
Right towards him.
And then an ear-shattering screech.

With a flash of realisation, the boy jumped to the side, just as the glass of the window shattered into a thousand pieces. Mere seconds later, an angry looking Golbat flew through the window, followed by half a dozen Zubats. Without thinking, the boy got up and ran out of his bedroom, down the hall towards the stairs.
“Watch out! The Pokémon have gone mad!”
Leaping three steps at a time, he didn’t notice the smoke seeping from under the kitchen door. Nor the lacking response from his grandparents, or the sudden silence from the living room.
Only when he opened the door leading to the kitchen, he got stopped in his tracks. Blazing flames and an oppressive heat dominated the entire kitchen, pushing him back with violence against the hallway wall.
“Oh no. Oh please no”, he stuttered. “Nan!? Gramps!?”
No reply.
The heat was unbearable, and forced the teen to flee through the door leading outside. Coughing and panicking, he ran around the house to where the living room window was. The air felt thick and sharp as he breathed in, and with the sleeve of his pyjama top covering his nose and mouth, he peered through the glass, instantly regretting that he did.
Because there, lying in a pool of blood, he made out the unmistakable bodies of their Chatot and his grandfather Amos.

The cry fabricated by the boy could be heard for miles around and immediately attracted the attention of some of the hooded men.
“Go check it out”, one of them said. And get rid of the Poison Gas, it did its job.
“Yes, my lord”, another replied, and then: “Dustox, Whirlwind!”
The poisonous mist quickly started to fade away as the hooded men one by one took their gas masks off.
The man with the Dustox and two others moved in the direction of the boy’s scream, and it didn’t take them long before they found him, crying by the side of the burning house, his pointy chin resting on his skinny knees.
“No witnesses”, said the Dustox owner without emotion.
“Agreed”, replied his partner, as he grabbed a Pokéball from out of his belt. “Sneasel, Night Slash!”

Out of the corner of his eyes, the boy saw a black silhouette coming towards him fast, and before he knew it, he was running again. Now, while sprinting, he noticed the many Pokémon lying around.
Pokémon that only yesterday were still happily playing around. Pokémon he never really cared for. Pokémon with loving owners. With friends. With family.
Unconscious.
Or worse…
Images flashed through his mind. His grandfather, dead on the ground. Chatot. A photo of his parents, smiling for the camera. His grandma.
“Nan! Nan, where are you!? Help!”
But he knew. He knew his grandmother would've been in the house too...

The Sneasel was closing in on him fast. Quickly, the teenage boy opened the heavy door to a shed, went in and used his body weight to keep the door shut. The boy was skinny, but should definitely be able to keep a small Sneasel out.
For a moment, it was quiet, and he found time to look around him. He saw he entered the egg shed, where their grandparents kept all the eggs which were found in the paddocks and the pond. The left and right walls were equipped with incubators, and in the middle of the shed stood an old tractor.
He also realised then that there were more doors, including a big one for that tractor…
BAAMM!!
With a loud crash the wood of the big door shattered when a raging Tauros came crashing through it.
“Good job, Tauros. Return”, said a voice, and a glow emerged around the Pokémon before it returned to its ball.
The boy couldn't see the owner of the low, raspy voice, but he knew he was in trouble now.
“It seems I have to do everything myself around here”, he heard the voice say. “You can show yourself now, boy!”
There was nowhere he could go now, and with shaking knees he walked to the center of the shed, showing himself to the voice.
“Well, well. Good morning, boy. It seems we woke you up rather unpleasantly, haven’t we? So sorry for that. Just know that it isn’t personal.” The voice was oddly calm and almost familiar, but due to the outside light, the scared boy couldn’t see more than a silhouette.
“I’m afraid we are a bit in a hurry, so no time for a speech today. So sorry, once again. And, euhm, well, good night, I guess. Hydreigon, Flame Burst!”
Once again, terror took over, but this time, it paralyzed him, as a large dark three-headed shape moved towards him.
His mouth went dry.
His eyes darted wild with horror.
His body turned to jelly.
And the last thing he saw, staring at him, were two large, blue eyes, as the flames engulfed him.

And then, it went dark.

My reaction when I saw the rules: 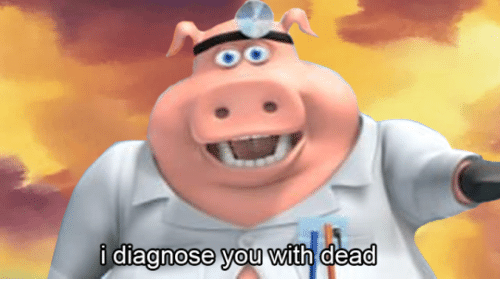 This is gonna be a mean, mean run. The lategame of White 2 is especially ugly, and heading into it blind with these brutal rules is going to be a lot of !!fun!!

My reaction after finishing reading: I feel a little bad about posting that image lmao

Nice touch with the poison-immune Pokemon breaching the house, and it's interesting to see changes to Ghetsis' team off the bat. Brutal beginning certainly piques my interest.

Lookin' forward to more.
You must log in or register to reply here.