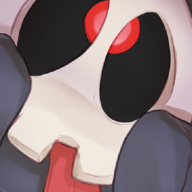 Another story, woo, yay! I've only ever written anything Pokemon fanfic-wise as nuzlockes, so this one's its own thing. I thought about including some gameplay, as usually I'm not too into the fandom enough to do anything without some sort of nuzlocke connection but decided against it due to the sensitive topics I plan on exploring. I've also had this idea banging around in my head for a while and wanted to just get right into it too. No game, only write!

As the tags say, this won't be the happiest story and certainly not initially, but it won't be all doom and gloom. Light and darkness and all that. Mental health is a funny thing though, especially in regards to dealing with traumatic loss. A hefty topic for sure. It's one I've touched on before in my earlier works, but it'll be the main focus of this short story and a lot more intimate. As much as I enjoy the Feels Bomb, it'd be irresponsible and downright cruel to not lay that out right from the start. So let's get at it!


Chapter One: Shock--right below!
I'm just getting out of my last League match for the day. Challenger's some kid that's been making waves this League cycle, a local talent from Pacificdlog; I was so excited to face off against someone from home that I wasn't prepared for how ferocious his water pokemon'd be. Helluva bond he has with 'em, was more than enough to handle me.

Good fight though. Hope he gives Glacia everything he gave me and more next week when he faces off against her. I definitely don't mind someone else from town becoming famous like me; I can pass off some of the attention now whenever I'm back visiting Mom and Dad!

All my ghosties are chilling with the nurse, so I have a bit of time to head back to the office to grab my stuff before they're back in tip-top shape. Whole place has been pretty light today, think Sidney and Drake were the only others that had a couple matches scheduled after mine; makes it easier to slip in and out without hearing anybody talk about my drubbing.

I'm practically dancing down the hall, ready for the long weekend. Matches are done, training's done, no more paperwork--no more paperwork! Livin' the dream, at least until Tuesday rolls around. Sure, we aren't exactly a nine to five here at the Elite Four, but Steven still runs a pretty tight ship. Best of the best and all that.

I'm punching in the keycode to my office when I hear my phone go off inside. By time I open the door, it's done ringing. I'm tearing through my duffel bag to find it when it starts going off again; bunch'a voicemails and texts from my cousin trying to get me to call back.

Sheesh! All of the Elite Four matches are on tv, he should know that I was busy!

"Alright, look, dude. You've blown up my phone, I was busy with work stuff. Losing to kids with superpowered animals, the usual. What's your deal?"

He's quiet. Weird. He's the one who's been calling, what does he want?

I let the silence hang a bit longer, unsure how to break it. He takes in a breath, as if he's trying to talk but can't.

Alright. Red flags are waving. Something's wrong, I can feel it.

He might as well have hit me with a truck. My knees betray me and I have to lean against my desk to stay upright.

He tells me how they had made plans to sail her out to Lilycove to get her off the island for the day, but she wasn't answering when he called from the dock; tells me that he made his way up to the house and, as a joke, banged on the windows because she hated whenever he did that. Says she was sitting on her chair in front of the tv "sleeping" and didn't notice him no matter hard he smacked the window. That's when he went in and found out.

My aunt's on her way from Fortree, already in the air with her tropius. My parents will be sailing into Lilycove tomorrow. I let him know I'll be on my way asap, just stay there and wait for me. The phone slips out of my hand; I only know the call ended because I heard him hang up first.

I was... we were... just a few days ago! Drake let his salamence fly me out to Mt. Pyre for a quick break in between matches to drop in on her. Gods, her face when she saw me hop off the big dragon and come running up to the house!

I fall to the floor, banging my head against the wall on the way down; didn't feel a thing. Just empty, deflated. I crawl into the corner and curl up into a ball.

Don't know how long I was like that. People must've heard me crying. There's a commotion in the hallway, people sounding worried and walking quickly. Someone knocks against the open door.

"Yo, girl... uh, Phoebe?" Sidney's looking at me--the real one, not the Elite Four one with that stupid "game face" to scare challengers. He takes tentative steps inside, a bag of pokeballs in his hand. "League staff said you never came back for your pokemon and, uh, heard you... in here. Said something was wrong."

It takes everything in me to force my head up from my arms. I try to say it, to tell him what my cousin told me, but I can't. I really try and I just... I fucking can't say it!

That's the best I can do.
And right at it we go! I've kicked this idea around as a concept for quite a while--the past three years to be exact. The reason being, that's when I lost someone in my family very near and dear to me. Made me a wreck and turned my world upside down for quite a while. My other stories at the time, Lost in the Stream and the now-defunct-Terraform, really kept me going because writing's always been my outlet to get things off my chest. They helped me through the ups and downs; however neither of them truly dealt with the topic of losing a family member head on or really explored it on a more personal level.

Cue Going Through the Motions! I always considered creating an entirely original story unrelated to any fandoms to pursue dealing with all the feelings involved but nothing ever really got me going to start it--and then recently, I've been thinking about Hoenn and the characters I enjoy from the region and things clicked... so uh, yeah, sorry, Phoebe, you're the focus for me to channel my experiences through.

I'll admit, I've been kinda antsy about sharing this with people "at large" because of how close it is to me personally, but I've enjoyed writing it too much not to share, especially knowing that, unfortunately, what I felt and how things have been since for me aren't exclusive feelings. 2018 feels so far away now (doubly so since 2020 took about 5,000 years to finish), so by now I'm far more comfortable going back and reexamining things and putting it into written form. As sensitive as things will be, I do hope it's an enjoyable experience--like I said, there'll be both light and darkness along for the ride.