Thread Description
A boy named Artemis receives a dream in which Rayquaza tells him he is destined to thwart the fast-approaching threat of Team Magma and end the seemingly ceaseless quarrel between Groudon and Kyogre by catching Groudon himself. However, as said by the strange Zorua by Rayquaza's side, the road to achieving such a feat will be treacherous and unforgiving. Will he be able to fulfil the prophecy? 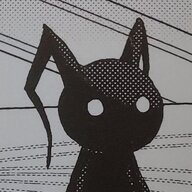 Pokédex Entry
It has a vast number of incredibly niche interests, none of which most people know anything about.

conscript of the sky
A Written Omega Ruby Nuzlocke (with occasional screenshots)​
Greetings and salutations to you all. Inspired by Snowy_Calum's Pokémon Y Storylocke even stealing from it somewhat I have decided to start a Storylocke of my own. The story is given from the perspective of a 17-year-old by the name of Artemis, who has a dream that will be detailed further in the Prologue or you could just read the thread description and as such decides now's as good a time as any to start his adventure, even with the laws of the universe itself stacked against him. It will also be accompanied by the occasional screenshot to provide illustration, though not frequently enough to call it a "storyshot".
The rules will be provided in this first post, as well as a Table of Contents. There is no schedule on when chapters will release but maybe if you pester me enough you can help me stay focused on this.

Pokédex Entry
It has a vast number of incredibly niche interests, none of which most people know anything about.

And the prologue is here! Please leave all your opinions on this prologue in a reply where I can read them and use them to possibly improve future chapters.