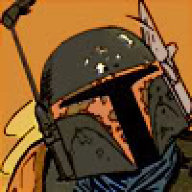 Hello everyone, I'm new here. I've known about this place for a while, posted a tiny bit a year or so ago, and decided I wanted to have another go at Nuzlocking. I was having so much fun that I decided to start a Let's Play video series. I hope it takes off and gets through to completion. I've always loved Pokemon, since Blue and Red hit North America when I was 14. I'm 35 now, and am still quite fond of them. I haven't played a new Pokemon game since Black and White 2. The first Gen always had the most magic for me, and the fondest memories. Ever since the randomizer craze hit video games, I've been fascinated by it. I decided to go nuts and experimented with a lot of randomizations before settling on what I want for this series. My biggest fear is that I'll get stuck by Field Moves, but so far I haven't played far enough to see how that will pan out.

I made a little cheat sheet for myself, since I don't want to be alt-tabbing while recording. I'm not the greatest when it comes to remembering the type charts, and I also made a Damage Category chart since the older Gen games don't have Physical and Special for moves individually. 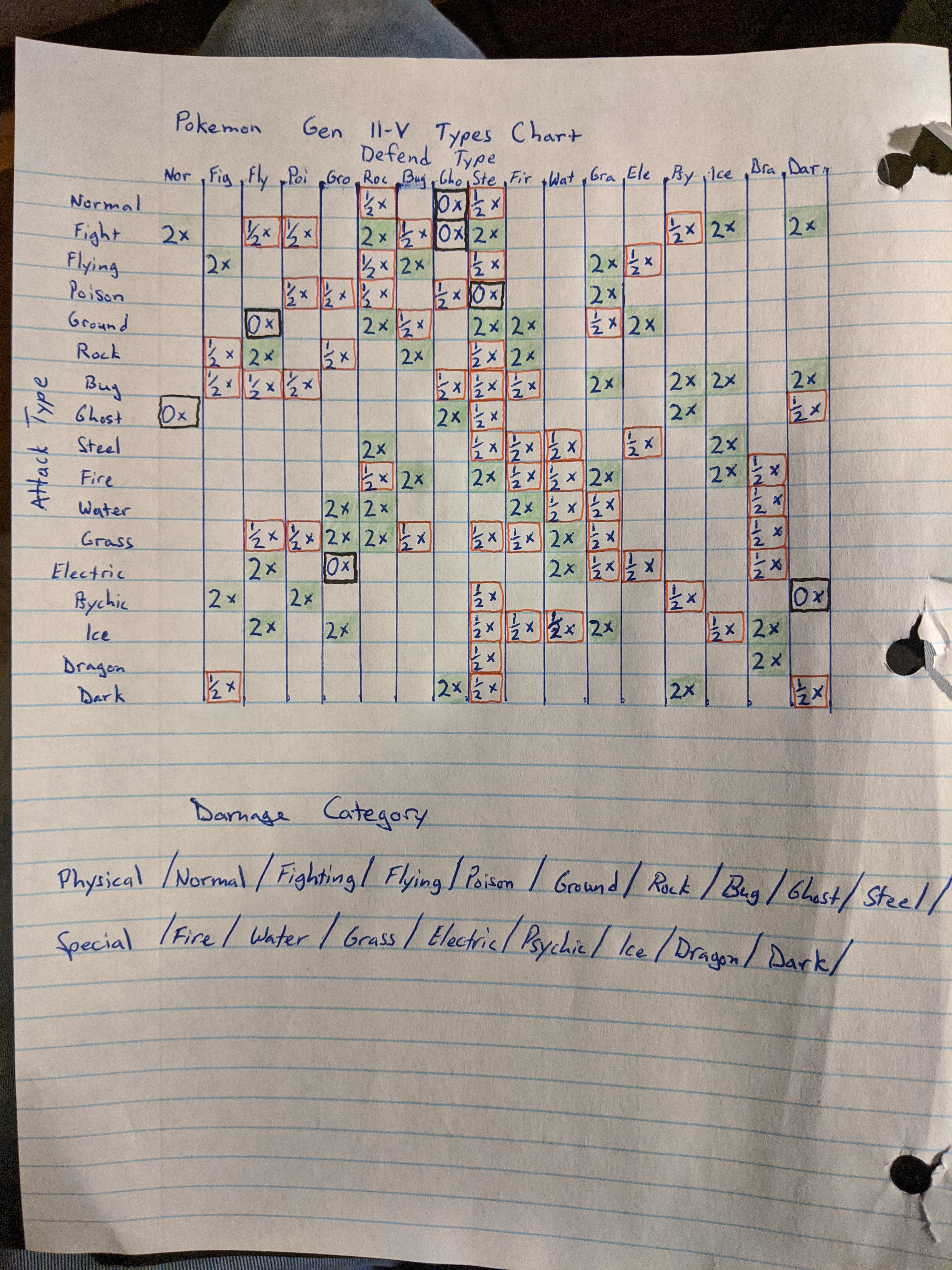 ​
You would not believe the hassle I went through just to upload that picture. It probably took me two hours of fighting with my Google Pixel 1 and Windows 10... I swear I want to smash them. -Sigh- Remember the good old days where you plugged your phone in and upload pictures in like two seconds with no hassle?

Anyway, let me describe my set-up for this run. I'm using VisualBoyAdvance as my emulator. I chose Emerald because I'm not very familiar with the Ruby, Sapphire, Emerald series. Back when they first came out I think I only beat 2 or 3 gyms in Ruby, and only played it once. I'm using Arty's Emerald Randomizer to randomize the Pokemon types, color pallets by type, and to set Shiny Pokemon to their normal color (so I can tell they're Shiny). I'll use the Universal Pokemon Game Randomizer for the rest. The Universal Pokemon Game Randomizer settings I'm using are:


1. Any Pokemon that faints is considered dead.
2. Only the first Pokemon from each region can be caught.
2a. Static encounters and Shiny Pokemon are exempt.
3. All my Pokemon must be nicknamed.
4. Pokemon acquired through trading will be allowed if the requested Pokemon was caught per rule #2.
4a. Pokemon received freely from NPC's will also be exempt.
5. No reset, not even one, no matter what, without exception.
6. White Out is game over unless there are usable Pokemon in the PC.
7. Battle system must be changed to "Set."
8. If the player has no Pokemon that can use a Field Move required to progress they may catch other Pokemon to try and find one that can, but those Pokemon may not be used in battle.
9. One encounter may be had for each region in the Safari Zone, but only one Pokemon may be caught for the entire Safari Zone.
That's it for now. I hope to get my first video uploaded to youtube in a few hours. I'll aim to make it about half an hour long, and do a little commentary over it. We'll see how it goes with minimal video editing.

I hope you enjoy.

Although this is a bit less challenging, I feel it is more realistic and gives incentive to care about all of the Pokemon I get, and not just the strongest few.
Last edited: Oct 17, 2020

It took a lot longer than I anticipated, but the first episode is finally completed!


Edit: I changed the thumbnail on youtube because I felt it was a bit of a spoiler, but it doesn't seem to be change when I repost it here. Not sure how that works, but oh well.

I was feeling inspired by some of the comics I've seen, so I think I'll draw some MS paint pictures to accompany my run.

I'll make them follow a narrative, but for now I think I'm just going to post one picture at a time. 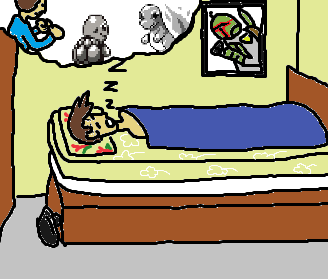