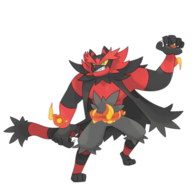 this is a written log version of grimhealer nuzlocke and I will try to update as close as I can. but you need to know, I know by another name it Eric allen1. IF you know hear that name before then I sorry not completed my SoulSilver run because I looking for a job and it took a long time, My save file of it was gone. I have no reason to ask for my old audience of the reader nor to ask for forgiveness from them by letting them down. I wanted to start a new thing for myself and get hand-on knowledge on video log of nuzlocke even it crap for now but it will get better. do for the coronavirus I have free time to do both the video and written log and you want to see the new video day log so go to it I leave the link so you can do it easier https://nuzlockeforums.com/forum/index.php?threads/grimhealer-nuzlocke-challenge-update-7-23-2020.19610/ and the old videos go to my youtube channel https://www.youtube.com/channel/UCIGm72WYIYUJF7H9K5HnjXQ?view_as=subscriber Rule 1 I must the first pokemon in a new area and got to name them. Rule 2 when a pokemon that faints is considered dead. Rule 3 when my starter pokemon faints then the game over and I not put it in the box.
for reason, I combine the preview and day 1 together as the same.