A lot of Mystery Dungeon stories present the Pokemon world as liberating: no school, escape from family drama, etc. It makes so much sense, then, that, here, it also becomes a place for freedom of expression! No one knows you here, so you can re-invent yourself. Of course, Cass being non-binary (in some way) isn't an invention. The only thing that's new here is the sense of safety in that expression. :) I wish them the best on this journey! 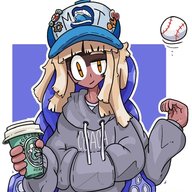 @Tailsimp Thank you so so so much! I'm glad you enjoyed it.

Your reaction had me wheezing too! I was thinking of it more in just the collecting sense, not like a store, so that caught me off guard, haha.


@Dee Appreciated your comment in the thread, and appreciate it here! Thank you so much <3


@Bowser's Family Vacation Yeah, I figured that since the hero always wants to stay in the Pokemon world, there can't be much in the old one that they want to go back to. It's definitely a good place for discovering yourself! Thank you <3
Sorry this took a while! I got caught up in finishing The Phoenix, and then I just really felt that I needed a break from everything for a week or so. Also, although this is a very short chapter, I’ve been agonizing a lot over different aspects of it and whether or not they work, but I figured it's about time I just posted it already. I should be able to get chapters out quicker from now on! as long as I actually write them, that is


The next visitor to your rescue team base is an unexpected one.

Jumpluff floats before you like a nervous cloud, frail and insubstantial, as if the faintest gust of wind might blow them off your doorstep and out to sea. You know what they'll say even before they open their mouth.

Shiftry hasn't come back from the rescue mission, and their friend is still missing, too.

The rest of their words do surprise you, though -- near Silent Chasm, where their friend has gone, the wind no longer blows and ominous thunderclouds gather overhead. Shiftry’s leafy fans should have helped to clear this up, so what's gone wrong?

Of course, it's up to your team to find out.

As you stand in front of Silent Chasm, Cynders at your side, Magnemite hovering behind, you try to draw on their confidence and strength. The longer you look at what you're facing, the more you feel like you're going to need them. The cliffs are steep and rocky, and the narrow passageway stretches far into the darkness, making you wonder what could possibly be lurking in there.

It's only then that Jumpluff decides it might be important to mention the monster.

It's just a legend! Jumpluff says quickly, waving their puffs as if that will disperse any worries. It's probably not true, but I thought I'd tell you just in case…

You frown, unsettled. Monster? What is a monster to them, anyway? What does that mean, when you're all technically “pocket monsters”? Something worse than Skarmory? How much worse?

It's just a legend, you remind yourself, and try to believe it. Because monster or no monster, your team has a job to do. One by one, you start to file into the crevasse, Cynders leading the way to prove that they're definitely not scared of any monsters.

Their voice drifts back to you. I wonder what kind of monster it --

What? you ask. Except you don't. Your mouth moves, but the word stays inside it.

Cynders turns to you, mouth opening and closing frantically. You can feel Magnemite buzzing next to you, but...

Not a sound can be heard. Not a word, not a footstep. The rock walls on each side loom cold and still, and the air weighs heavily on you, quiet and unmoving as the stone.

You think the literal aspect of Silent Chasm would have been another worthwhile thing for Jumpluff to mention.

Cynders is gesturing to you frantically. You shrug. Nothing to be done about it but move forward, since it's far too soon to be giving up. At least the monster, if it exists, won't hear you! You've always been pretty quiet yourself, so you think you can get along okay, but it must be extra unsettling for someone who's used to talking a mile a minute.

It's extremely unsettling, though, to be smothered by silence. To be unable to hear your enemies approach or call out tactics to your teammates. The three of you rush through the chasm, looking around with frantic eyes for monsters and silent foes, sticking as close together as possible. You feel as if you're struggling through a dense pool of nothing, and the deeper you go, the more you just want to scream.

Cynders does, when you reach the open sky again.

In the distance, a startled yelp responds.

Oops, the Cyndaquil says. I wasn’t expecting to actually hear that.

But after an agonizingly long minute passes and no monsters appear, you keep going. A narrow pathway of rock stretches out underfoot, and you try very hard not to look over the edge as the now-audible pebbles clatter down it. Not that there's much to see. Mist has begun to gather smothering and thick around you, an ominous veil woven together with just the faintest hint of a breeze.

You find the missing Jumpluff bouncing with nervous anticipation further down the path (Cynders apologizes for the yelling), and beyond that spot...

Shiftry is slumped facedown on the ground, barely breathing. Get away... get out of here! he manages to choke out.

Your eyes drift up and meet a sea unlike any you've seen before.

The sky is awash with an ocean of clouds, dark gray and raging. Waves of lightning crash all around, and you feel Magnemite buzz with awe at your side as the tide rushes by. Waterfalls of golden light pour down from above, a deadly crashing, crackling torrent of power. When the deluge finally clears, you find Shiftry hidden behind a barrier of sparks, and the shadow of a winged thundercloud above him.

The monster of Silent Chasm has awoken.

No, not a monster.

Zapdos’ shriek splits the air like thunder, echoing off the rock walls, and you all cower as it rolls over you. Silence suddenly seems like a pleasant memory as their voice booms loud and bright in your ears.

HE DARED TO DISTURB MY SLUMBER, rumbles the thunder. I WILL NOT ALLOW YOU TO DO THE SAME. The bolts of their eyes strike your heart, leaving you paralyzed on the cliffside with more than fear. MEDDLING WILL NOT BE TOLERATED.

The lightning surges to life in front of you, dazzling your eyes with blinding visions of wild rage until you have to close them for fear of drowning in the unforgiving fierceness of it all.

When you finally open your eyes, Shiftry is gone.

COME SCALE MY MOUNTAIN IF YOU DARE TO SAVE HIM, Zapdos roars, making the idea of doing so seem more than impossible.

With one final flash and echoing rumble, the jagged wings stretch up to skim the sky and vanish, too, leaving behind nothing but silence and the powerful tang of ozone.
I could’ve made this longer, but I decided to just cut it there. I think it's about time we had a proper cliffhanger! Also, I didn’t want to mess with the trend of doing one dungeon per chapter. also I just don’t have anything else written yet

They did an amazing job with the Zapdos cutscene in the remake, and I hope I've managed to capture a bit of that amazingness here. I have to say, I think this is my favourite chapter so far, even though it's also the shortest one, and I'm really proud of it. I hope you liked it too!

I plan to get some work in on the next chapter today, so hopefully that’ll be out soon.

Short but sweet! I like it. The fact that Silent Chasm was literally silent was a neat trick (and I agree with Cass, it's something Jumpluff probably could have brought up!) 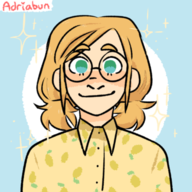 ahhh pmd yes!! the original rescue team was one of my favorites back in the day, too...it will always hold a special place in my heart, and I love to see a story adaption :,)

the second person works so well for this though! It makes it feel really personal. And what you did with the dungeons themselves, how they mess with the mind and pull you in and all, is also super cool! It really emphasizes the mystery part of "mystery dungeon," which is something I never actually thought about. It's definitely something I'm looking forward to seeing explored! It works really well with your style, too...you feel like you're getting drawn in right along with them.
You must log in or register to reply here.
Share:
Facebook Twitter Reddit Pinterest Tumblr WhatsApp Email Link