Humerus had a powerful Flamethrower and I used him to immolate enemies one of the hardest hitting special attackers. Maxilla helped with some of the rival battles.

Incus and Sternum were some of the most memorable Pokemon in any of my runs. Incus would wipe the floor with Psychics and dominated Sabrina's gym. Sternum took a Rock Tomb from Brock's Onix thanks to setting up Hardens and generally dominated with Sleep Powder/Substitute/Dream Eater/Giga Drain. She finally died to the champion's Arcanine and that was only after holding her own for many turns and making Arcanine burn through a few full restores and only fell because of a misclick. Sternum was practically my version of Petty's Lulu having helped taken down Brock, Koga, Sabrina, Giovanni, and Lorelei. Incus would rip apart Psychic types with Hyper Beam and Shadow Ball. Because I had Set mode on my Wedlocke, I took advantage of switching after the KO to use Hyper Beam to deadly effect in a manner similar to Gen I competitive battles.
Last edited: Feb 2, 2020 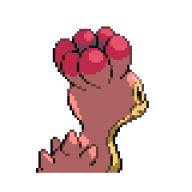 From about lv. 4 to lv. 57, from the very beginning of the game to the Elite Four. It doesn’t help that the poor ‘mon was oneshotted by a 2x effective coverage move.
Losing Pokémon in the postgame would have been even worse - I had two close calls with an 1st route catch from the same run that I’d caught at lv. 3 and got all the way up to lv. 62.

Amoeba, the alolan grimer/muk that i used in my (undocumented) Sun Wonderlocke. This tanky lad lasted me from island 1 all the way to Khali's Z-Beak Blast, and was the only death in the run.

Lost my Leavanny, Snuggle, to a Rock Slide from Marlon's Carracosta in White 2 Challenge Mode. Level 2 to Level 55. Didn't know the thing had Sturdy. Saved my end so many times- she didn't deserve to be the first death (itself astonishing)

In my Omega Ruby nuzlocke, I lost a Pokemon in Victory Road that I'd had since it was level 7. It was level 45 at the time of its death.

In the Shield Nuzlocke I just finished, I lost my starter to Leon's Charizard. So, beginning to the last Pokemon of the Champion fight. 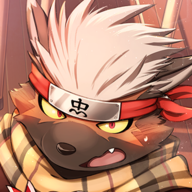 Lenon the Magnezone from Level 11 to 51 in Black 2

He was a huge staple on my team surviving from many near team wipes. Discharge didn't take out Marlon's Jellicent and took a Brine to the face, dropping immediately. Definitely an MVP during my trip around Unova.

As for me, it would be the several times my starter died to N/Ghetsis in my various attempts at Black nuzlockes over the years. I think the biggest gap was Lv 5-67. 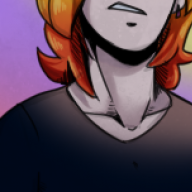 @MouseWithADinosaurTail
OMFG you're right! Thank you!
Not counting pokemon that never died, the longest a mon survived before dying was in my Blind Diamond locke (has the highest # of deaths in a locke Ive ever done).
My starter, a torterra by the name of Lime, died vs Flint. And before you judge me on using torterra against him, I only had 2 pokemon alive at that time cause outside ofVolkner's gym, my Luxray died. Then in victory road a mon died. Then only had 4 mains alive after that. Then Barry, the bastard, killed my gastrodon and haunter and at that point i had Lime and my abomasnow left and a team of mons i didnt give a fuck about. So I was all "FUCK IT IMMA TOSS THESE FUCKERS IN MY PARTY AND HOPE FOR THE BEST" and went in, made it to Flint. The rest died, but my abomasnow and torterra, both did as well against Flint as you'd expect :'3
Lime was lvl 5-60 something Its been a really really long time
And my Luxray was Lv 3-44 I only remember this one because it's the most bitter death I've had to date

Other than that, I think my Ribombee named Ambrosia died vs someone in the E4 of my Sun locke I believe!

In more recent lockes, I have a mon I got at level 5, and she died at lvl 63. Actually, I think she's probably tied with Lime if not longer lived, level wise.
Last edited: Apr 3, 2020