THAT'S NOT A GOOD THING

Ah, the heartbreaker must be in the carol

calling it now Rue is the mafia in the carol

uhhh good news about this though, is that it's confirmed that Calendar's village. So that's fun.

I actually agree with Plusle that heartbreaker's probably in the carol, but I dunno if he's right about it being Rue. He is on mafia side after all

... yeah okay that's a solid argument. I'll follow along with your lead then 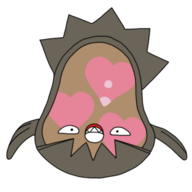 dickheads were partying next door til 3am with their bass soaring right through our thin walls, so no big logical ball here —if cal is somehow being 4d chess with rue as a villager after all, we shoot them with cirr’s gun

We have to be careful who we vote for this phase, the split is 5/2/1, mislynch and its 4/2, nk makes it 3/2. Maf could give a gun to their ally shooting a vil next phase to win the game.

If we kill a maf member this phase the split after my death and the nk will be 3/1/1.

I'm going to speculate that both me and Plusle got maf guns while Cirr and Cleric have real guns. If one of them shot a maf the split is 4/1/1 assuming that the heartbreaker is in the Carol. Mislynch/nk would make the split 2/1/1 next day phase.

If both Cleric and Cirr misfire the split is 3/2/1, in which case we would lose if we killed the heartbreaker.

Seeing as it's already mylo I would suggest either Cirr or Cleric to shoot Rue or somebody else involved with the Carol (but I highly reccomend only one of them shoots, if they both shoot we risk losing the whole game). The other option we have is to not shoot or lynch anybody but I dont see how we gain anything from that.

EDIT: I meant mylo not lylo sorry for any confusion 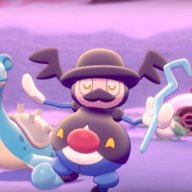 Oh boy did somebody say shooting guns! But for real, what Calendar laid out seems to make sense, so I'd be down to shoot Rueblie. That said, I'm going to wait to see what other people think before doing anything, so I'll see what I should do when I wake up tomorrow.

Hey, what? Can I at least get some reasoning for why me over anyone else before you follow someone we know is currently mafia? I don’t mind dying if it’ll help narrow stuff down but we’re cutting kind of close on numbers. Honestly, I don’t know that I trust Hobo. The caroller probably shouldn’t have gone that way with the carol.

I could shoot people too but there's no real guarantee that my gun is real I guess?

Seeing as Plusle is maf now we should prob consider if them choosing Rue to lynch was a way to try to get vil to mislynch or if Plusle is playing the long game knowing that he'll be vil next phase.

Assuming that maf would have little to no reason to contact Plusle Im willing to believe the latter. With the current split like it is Plusle would have no reason to help maf as he'll be vil next phase when maf would be in their ideal situation to get their wincon.

so it's unlikely they contacted plusle

Plusle probably isn’t working with maf but that doesn’t necessarily mean he’s helping village. It’s not impossible for maf to win before he flips. So let’s take a second and think about who to lynch given there’s not been a single reason for anyone.

we have to lynch someone from the carol right now and it's between Rue and rev!luvdisc apparently so

actually I'm not sure why we're lynching Rue

Why would it only be us two? Personally I think Misc is significantly more suspicious than csidvuL.

Okay, I think people kinda want Rue dead and we can always get another lynch off, we've got plenty of time.

It's Nerf or nothing!

I guess this simplifies things a little, and also means that I can't fire my gun this phase after all.

I would suggest not lynching me! We're about to see what happens with Rue, so I think now is a bit of a silly buggers time to push a lynch. But I also recognise we're drawing to the end of phase so if I wake up tied to the train tracks with someone here standing over me, mustache twirling, then fair's fair.

I agree with others that Plusle starting a train is looking ahead to when he flips mafia, as he wins with whichever side wins.

However this phase shakes out, next one is gonna be heavy scumhunting or we're gonna kinda shit the bed. I'll check in again before end of phase (thank you time zones, very cool) but for now I gotta place myself face down and end my turn.
You must log in or register to reply here.
Share:
Facebook Twitter Reddit Pinterest Tumblr WhatsApp Email Link