Thread Description
Jutopa's Blue Challenge/Nuzlocke is a story about improving as a person, about fear, about struggle, about anxiety, about striving to do better, to be the best version of yourself that you can be. To doubt oneself, to change. To learn from your mistakes and move on. And most importantly, to never give up.

JUTOPA'S BLUE CHALLENGE
Jutopa's Blue Challenge/Nuzlocke follows Pokémon trainer Jutopa across the Kanto region in his quest for proving someone wrong. Along the way, he will find out more about himself, his friends, as well as his enemies and rivals in order to become a complete person. God might or might not try to destroy the planet in the process, but that's secondary.​

OUT OF THE BLUE

CHAPTER 37 in progress...
Let me know about any dead links so I can replace them :) 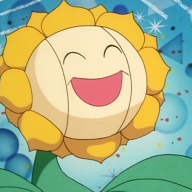 Give Sunflora a gun 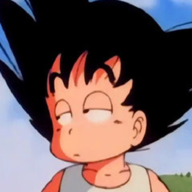 Pokédex Entry
This e-ghost sleeps until every Nintendo Directs. If they don't announce Kid Icarus: Uprising 2: Underworld Boogaloo, then it goes back to sleep.

the bacon is even in this forum
thank you father 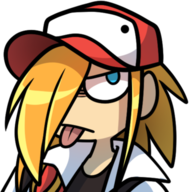 Pokédex Entry
It possesses only one singular braincell, and yet somehow has managed to survive for over 20 years~

(I was gonna be first like a cool bro but zweeb and cammy intercepted me rip cucked)
Hey welcme to the new forums tho- it's great to see you and your comic over here, now I have a new inspiration dump and can die from happiness slightly more often~ 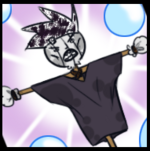 Since I never commented in here before official release, now is as good a time as any. Your new op looks great, and I never before really expressed how much I like your arc covers. Seeing them in a row like that really shows off the progression of not only your art but of the characters and the sheer scope of your narrative, so many little details and spotlights to shine. This comic really is something grand and impressive.
E

Somebody here is probably gonna kill me for saying this, but I've realized this is the Homestuck of Nuzlockes. Like, think about it. It's got this intentionally wonky style at first, and it's loaded with near-memes and jokes on pretty much every page. Some characters are designed to be straight-up jokes (Diglady, I love you, but...), and some characters' motivations seem pretty straightforward and one-dimensional.

But then, sometime in the middle of Act Volume One, shit just straight-up hits the fan. You get in-depth lore, you get plot twists, you get layers to all these motivations, you get an actual effing prophecy, and you get these intense fight scenes peppered with these raw af (motivational, in this case) lines. Like, it went from slightly memey to full-on wild rollercoaster where things that seemed like silly little happenings way back in the first few pages have actual consequences and where the shenanigans have global effects.

And I was about to single out Jutopa as a fascinating character who evolves from silly dumb protag to this deep, sweet character riddled with insecurities, but ... everyone is like that, and it's awesome. Half of Jutopa's team is like that (Steven went from happy-go-lucky magikarp to gyarados hell-bent on proving himself, Venusaur struggles with being the pillar of the team despite losing ridiculously badly, etc., etc.), but then you have the humans. Gary goes from murderous asshole to basically the token Zuko, a character literally begging for a redemption arc while at the same time having this motivation that just. Makes perfect sense. While also making him sympathetic, even through his murderous asshole stages. And Red? Hooo, he just went through a truncated version of joke-emotional crisis-serenity, hasn't he? But whaaaaaat is going on with Mewtwo (and Red)???

In short, you could say this is just one giant rollercoaster a la Homestuck, and I'm cool with all of this.

I just read this message since I didn't get a notification here and I gotta say I really needed this today, thank you so much. I have no problem with your Homestuck hot take, in fact that's one of the things I love the most about my own comic and it makes me so happy that more people keep noticing.

Thank you so much! 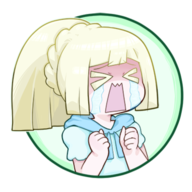 oooh update!
I swear all these dynamic expression gonna add wrinkles to young Jutopa's face!
It is interesting to see someone so hell-bend on not utilizing obedient creatures with magical power that can aid them in their thievery ways.
Jutopa should negotiate to train more before accepting the duel.. oh well, Kogatopa did not tell him about the other side of the bargain anyway.
I wonder if the battle gonna be Jutopa and team vs Kogatopa without any pokemon after-all

Well I utterly dropped off from regular commenting, and I'm gonna fix that starting here. To begin with, it makes me so happy to see how happy Jutopa is with his cool definitely-not-nerdy bike. But what's also so so good about this page is the utter contrast between that and the flashback to his miserable childhood. Poor sister just around the corner listening while Jups just bawls his eyes out. Boy is gonna get dehydrated with all that waterworks. I hope when the crew gets to Fuschia that they all take turns punching Koga in his rude face.

The bike is on fire but it is worth it, Jutopa deserves to be happy and enjoy his bike ride. Gosh that past flashback is so harrowing though, poor kid.
E

*waltzes back in after a few updates*

It's nice to see Jutopa avoiding addressing his daddy issues by revealing his love for bicycles.

Wait. No. I mean it's probably not healthy that he's doing that. Like, hot damn (no pun intended), riding up and down Cycling Road for two days straight instead of walking into Fuchsia City properly, all the while a flashback to his Tragic Past (and apparent forced life of crime) is playing in the background? Jutopa. My dude.

Aaaaaanyway, since it's unlikely he can keep doing this forever (especially since his bike is on fire—good lord think of how much that bike costs, Jutopa), all I can say is I officially look forward to the moment when he kicks Koga's ass. Largely because jesus christ that flashback. Especially that last one.

Koga... well, he is right about one thing: no one will be there to help him when Jutopa's team shows up to take turns punting him into the sun for being such a terrible horrible father.

Oh no, Jutopa finally noticed the bike fire. And here's the fateful phonecall, Bad Dad Union ruins Jutopa's day (and life?). I too am loving the split timeline backstory, covering present and past as we move towards the place where they will collide. I'm so hyped for Fuchsia.