Thread Description
what if pokemon people no fight 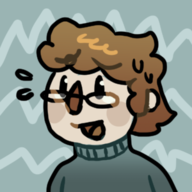 Pokédex Entry
This Pokemon gushes about its girlfriend for hours on end.

okay SO! i've been really wondering tonight about good ways to shape a gijinka story. the most key part i think, aside from design and plot, is the mechanics...

i find myself troubled a little, somehow, maybe without needing to be, about how gyms work in a gijinka-verse. many people seem to translate battles to martial art style fight scenes - which is cool! but i find myself wondering, what other ways could you convey the gym battles and the like? maybe they play card games? or marbles? quizzes in a school setting, maybe? i'd like to hear what everyone else thinks about alternate "battle" translations!

all silliness aside, there are so many different ways to interpret events in game, and it definitely feels freer from the game the more you skew the channels.... like, gijinkas! 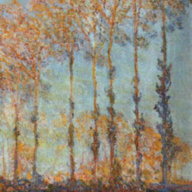 Maybe it could be more of an test than a fight. An obstacle course, hitting a series of fast-moving targets, navigating through wilderness, climbing a big tower, finding a well-concealed object within a time limit, etc. This would keep the physical and mental challenge while removing the combat.

Does anyone know where my socks went?

Location
found under a concerningly large pile of blankets

Many gyms have a challenge to get to the leaders in game (such as running through a dark room or working your way up the climbing wall) that could be the gyms' way of testing challengers in physical ability and puzzle solving.

Each gym (as far as I know, I haven't gone through any galar gyms so don't quote me) already has their own challenge built into the game, so it's up to you how you could interpret each one if you need a leg up on getting started 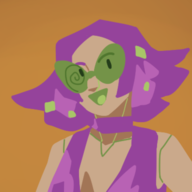 without a doubt (MD)

Pokédex Entry
Likes to make jokes. Whether or not this Pokemon's jokes are funny, the jokes are not funny.

first things first:
ae/aer pronouns are so cool. you are really cool and i'm glad those pronouns give you happiness. idk why i'm mentioning this right now i just get really stoked seeing other people using neopronouns

ok now the actual thing i wanted to talk about
CAUTION: I RAMBLE A LOT AND I KINDA GET BESIDE THE POINT BUT I PROMISE I'M LEADING SOMEWHERE


Personally, I think the manifestation of in-game events—how you represent stuff like battles & deaths in your nuzlocke—are dependent on the story you're trying to tell. There's a lot to consider: tone, themes, characters, character development, amount of deaths, success or failure in a run...

Many gijinka nuzlockes are focused, or at least hinged, on the fighting aspect of things, if not all of them. That's kinda the thing that carries over from gameplay translation, haha! So it isn't surprising that people would default gym & rival battles into physical (or sometimes magical) fights.

However, I think we tend to forget that, with adaptation, we can take as many (or as few) liberties as we want. A non-gijinka comic like Chamerion, for example, has a creative representation for gameplay that, if expressed in another way, may have made the tone much darker than it needed to be, or than what the creator wanted.

Pushing on with an analysis of tone...

A good chunk of gijinkalockes have a focus on a more dark tone, which enables them to explore the more physical and/or violent aspects of nuzlocke adaptation. Er, well, it's not that the dark tone is a motivator for violence, but the perceived violence of the challenge often results in darker tones. Thus physical fighting (which is associated with—among others—the action genre, which is known for its grit as well as its camp. I think that's the word. I forgot)

And to clarify, this isn't to say that dark tone necessitates physical fighting, bloodshed, or death! Darkening of tone can be achieved in multiple ways. Gijinkalockes replace the "ridiculousness" of colorful creatures with basically flesh-and-blood people; it's easier for writers to translate conflict into something more perceivable to audiences—to make the audience connect to humans rather than talking animals. (Not that talking animals are anything to laugh about, considering literature...)

The story you tell and what it can say often shapes how your gameplay adaptation manifests. The fact that one might be depicting their digital tiny creatures as recognizably human is already a choice of adaptation that will affect the rest of their story forward. The thing is, a lot of in-game interpretations, particularly gijinka gym fights, are distinguishable not by text—literal happenings—but subtext.

You can pit a bunch of teenagers against an MMA fighter or two (or three) and have them brawl to the death, but readers tend to be more concerned with what's happening in our POV's heads. We're concerned with why they're doing these Herculean tasks instead of how, though the how can be interesting and play a part as well. How do they react when something goes right, or wrong? How do their personalities clue into their decisions during this task? Did they enter with a game plan, are they moving on the fly, or did they have a plan but it got thrown out the window?

Personally, yeah, I think we can be more creative than "teenagers fight an MMA fighter to their possible deaths," but what people are more concerned by (and thus don't really think about too much, or think of as repetitive) goals, questions, revelations, so on. It's easy to think that moving away from physical fighting as a gym challenge adaptation is enough of a departure to change things up a bit, but if you don't have any in-story motivators, then it might come off as contrived or forced. I'd personally enjoy it, i love when people think outside the box (i totally eat up shit that tries to be as original as possible for both the novelty and the thought)

Sometimes the story is built around the nuzlocke system—people fighting to get a means to an end—but it doesn't always have to be. I don't see it a lot on comics, but I hear a lot of it on the storylocke side! (And I should be reading more storylockes. And written logs. And screenshot runs. And) Like, sometimes people breach from setting completely, setting stuff in place like the United States and monarchical Canada and space, probably. There's a run & ruleset by @Funen1 that's based off of the Puella Magi Madoka Magica series! I personally used his ruleset on a planned gijnkalocke comic of mine with a similar premise, haha. It's less gym battles and more a bunch of kids with magic running around crying.

What I mean to say is this: I think it's less how battles are represented, and more what the battles are supposed to represent. Ultimately, we are trying to derive meaning from a turn-based RPG with colorful creatures that we've decided to give human bodies, sentience, and lives... we can do literally whatever we want with it! Depending on the premise, gym & rival battles could be anything: working dinner rush, a break-up or falling out, a pie contest, a race, a written exam, a shitty day, a meet-up, an anime convention, whatever! It just depends on what you want to achieve with that event—or if you want to represent that event at all.

The basic structure of the League in a Pokemon game is pursuing an overarching challenge with large hurdles (gym leaders) to overcome before a final culmination of learned knowledge (elite four). And there's luck involved—a lot of luck.

Breaking it down into something as vague as that leaves a lot of room for experimentation. I feel that gets missed out because of our preconceived notions of what a nuzlocke is supposed to be: a somewhat accurate adaptation of a game you played in a way that can be re-experienced as something new, yet familiar. That's definitely the appeal to me, haha. But you can do anything with that: a character wants something, they're given the chance to pursue it, they meet help and harm, and they inevitably learn what they need (or ignore it and something happens i guess).
The (general) question is, to me, what is your story, and why do you want to tell it? Figuring that out lays the tracks for the many hows on determining your end product.

And how to represent a gym battle, I guess.