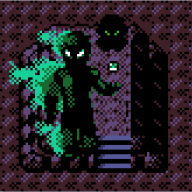 Welcome to all who dare lay witness to the most evil nuzlocker in the world. And I sound like a total edgelord.

For those who don't know, I am the creative mastermind behind Pokemon Blue Kaizo, along with two sequels Crystal Kaizo and Emerald Kaizo.
Those are Super Hard Mode romhacks designed to push people to their creative limits. They either sink or swim.

A bit of a sadist and masochist myself, I also "attempted" to "fix" the infamous yet popular hack, Pokemon Dark Rising. Called Pokemon Dark Rising Kaizo.
I did so as a personal dare: Upgrade the difficulty, play through it, see if it could be accepted, as part of an experiment, and practice for Pokemon Emerald Kaizo.

Surprisingly, this hack is played more than Emerald Kaizo, with interesting results. It is an anomoly that, it is considered "easier," yet no one nuzlocked it at the moment.
You can feel free to question my faulty logic in the comments of a run of another Dark Hack.

This romhack, Pokemon Dark Energy, is a rare Pokemon Silver RPG hack, that has been in the works for about a decade, mostly as a one man project by Miksy91, who made Crystal World. He has come a long way since then. Pokemon Dark Energy is still an ongoing project, and I am currently nuzlocking Beta 5, but I'll make posts of my video run on this forum. With a bit of a summary, and impressions. Instead of the typical plot of fighting gyms and an Elite 4, there are sidequests to be done, and a main plot to go along.

Pleased, Maxime lays the groundwork for an organization dedicated to searching for the elemental orbs, using funds to hire enough manpower, and for unknown reasons.

Three years later, a criminal organization came into prominence, known as Team Darkness. Not to be mistaken for Dark Rising or Darkness thugs, these guys are better funded.

We begin our adventure, as our magical talking eevee wants to come along. Eevee in Pokemon Dark Energy is very special in this hack, as we'll eventually discover. So begins the quest to do enough enlisting for yet another shady organization, this time, of Pokemon.

Let me know what you guys think in the comments. I will continue posting more videos as I go along, hopefully a weekly basis.
Last edited: Jul 31, 2019

This run seems rather lonesome without comments. I know this is a freshly new nuzlocke from SinisterHoodedFigure... all I can say is starting out something new really sucks. That is why no one wants to start new things.

Summary:
Graveyard Shifts are not kind to Security Guards, so in the middle of the night, I catch the guard asleep. Unfortunately the gate is locked. I certainly hope he doesn't sleep during the day. Going across the desk to forcefeed an Energy Tab to a sleeping guard will wake anyone up, and he opens the gate. Look at the video to find out where to get the Energy Tab.

Afterwards, I enter the Capital of Suden, the largest city in the region. It has it all, a strange cave of a Wizard, A Department Store known as the Big Shoe, a Gym, a lake, and a University. The Department Store is closed, I can't even fish in the lake, the Wizard does not want to see anyone, I feel under-equipped to face the gym. It is easy to get lost, as a little girl certainly did.

Searching through the big city, I help the lost girl out by bringing her home. This gives me the Running Shoes. Miksy91 actually implemented running shoes as a nice feature. Words cannot describe how good that feels, so check out the video.

Although the Department Store is closed, there is another mart that sells more basic items, like Poke Balls and Potions. I decide against potions, because I don't have much to spend.

So I head to my old University. I look around, quietly looking for any available items, before I meed up with my University Professor Moe.
I also meet up with one of my classmates, Oscar, and we recieve our mission.

Professor Moe's archeologists in East Suden has found a writing on the wall that discusses the Elemental Orbs. This leads to clues about The Crisis. Our destination is Rocky Mountain, which is a long long way. Looking at the map, the Captial is on the west side of West Suden, so our journey is a long one. He gives us a Pokedex to help catalog pokemon we catch, including the ones we already have.

We receive Professor Moe's Item Package from the Mart, and we run into another of our Classmates, Roland. Roland is starting off his own Pokemon adventure, and with that, we encounter our route Pokemon, Weedle.


In this episode, I show off a risky place to grind in the Pokemon Center, known as the Battle Simulators.
The reason why is because beating a certain level in the Battle Simulators nets you Battle Points, or BP.
On every floor in any Pokemon Center, you can exchange your BP for prizes; Pokemon, TMs, a secret item, and a Sidequest trick.
With that, here are the prizes:
First 3 screens, Pokemon Prizes:

Even the novice level can be challenging, because there are 3-4 seeds within each, that randomizes the trainer.
There is the Top seed, which has the best stats, AI, moves, and higher level than indicated. Their weakest pokemon is higher leveled than the indicated levels. They give out the most BP points as well. This is important because you do pay a fee to engage in such battles, so it cannot be completely abused. If you lose, you lose. If I survive the game, I will show off some more.

Because there is another secret about the difficulty levels later on, but it goes above and beyond the normal game, if you are looking for the Ultimate final battle to end off your beta.

Spinarak needs to be fixed though. And with the grinidng, I get enough BP, and choose my Pokemon for this city.
It is an Abra, always a top threat in any Gen 2 game, especially with elemental punches. And it does evolve eventually into Alakazam in the game, as we approach past level 43. (Evolves at level 45).

I will offscreen grind Abra up into Kadabra, since being stuck with Teleport is not a good thing. Afterwards I will take on the gym in the Capital.