Thread Description
In which I nuzlocke for the first time in, like, 5 and a half years. 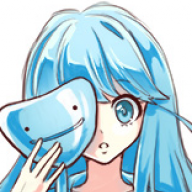 Location
Under a rock

Pokédex Entry
Fair Warning: I have no idea what I am doing.

Hoo boy, I haven't done one of these in a long time, and I never finished any in the first place. Let's dive right in, shall we?

Aw yeah, HeartGold time. I never actually played this one much growing up. I had SoulSilver instead as a kid, and I kinda regret that a bit if only 'cuz HeartGold has better build-up to its mascot legendary.

Yep, yep, we all know the shpeel by now. Get Pokemon, fight Pokemon, love Pokemon.

And now, here I am, walking right to my doom with a smile on my face.

You don't know the half of it, Oak. I might just get my ass kicked. Anyways, let's just get started and grab the...

Ah. I forgot that this is, like, the only game that doesn't give you a free PC Potion.

Yeah, we'll take Totodile. I've always had a soft spot for the little gremlin. What to call it, though...?

Perfect. You guys should probably get used to these shenanigans. They ain't goin' anywhere.

OH HEY, THANKS! Somehow, I feel like I'm gonna run out kinda quick, though.

And now with the objectively best skin selected. Anyways, onw-

Just as soon as we get the professor's number!

First encounter's makin' me wish I had pokeballs already... I love Furret!

And then we cut things just a teensy bit close right before town 'cuz who doesn't like livin' on the edge?

That, though. That, I can do. Now, onwards to adv-

Huh. Y'know, I totally forgot this was a Pokegear thing. Anyways, on with the plot!

Taking bets now: How many apricorns do you think I'm gonna have by the end of this? 'Cuz I'm definitely forgetting about Kurt like I always do.

God, I feel kinda bad for this guy, just havin' a road sign casually pointing out his house. Probably has to deal with a lotta salesmen.

Ooh, leveled up right outside. Look at Al, he looks so happy about it!

Yep, let's heal the singular health I'm missing. (I totally didn't miss screenshotting getting the egg, nosiree, not at all.)

I mean, that really probably depends on who you ask.

Real descriptive, Elm. Either a pokemon's been stolen, or the printer's leaking ink.

God, I forgot how good Silver's theme was. Absolute bop!

Anyways, he really stood no chance. Have fun fighting the league with a Chikorita! Johto ain't kind to it.

I think you gotta beat me for that first, bucko.

Is that a problem... binch?

I hear this so much, but what kind of criminal returns to the scene of the crime!? That's so dumb!

Totally his real name, 100%, absolutely. Stick up wanted posters everywhere with it, it's definitely real.

Quick detour now to set up some mom care packages. We may need 'em.

And now the meat of the run can begin! It's catchin' time!

Totally forgot to screenie the nickname screen AND the nature, whoops. It's Lonely, by the way, which I think is good for a Rattata.

Next up! An adorable little Caterpie! Not my favorite early game bug - that would be Grubbin - but still a really nice one.

I named him Wormy 'cuz he's gonna be a horrifying monster one day, especially with that nature.

And now it's time for good ol' Youngster Joey...

...who is very definitely out for blood!

Don't worry, though, I won, no sweat.

Youngster Mikey is nowhere near as much of a heart attack, thankfully.

AND SPEAKING OF HEART ATTACKS! Wormy is very squishy right now! Leveling him is going to suck.

Squeak got Focus Energy, though, so that's good! God, I really should've called her Squeaks, though. I keep saying and typing that.

Anyways, next up is a Bellsprout. I don't think I've ever used one of these.

Pretty sure that's the worst nature for a Bellsprout, though...

I totally mistook this for the Vs. Seeker first and got really excited for a good five seconds before getting kinda disappointed. Also, I remembered later that the Vs. Seeker was baked into the Pokegear anyways.

Absolutely! Tbh, I'd love to sing and perform like that, but I don't have the lung capacity to sing whole songs without running out of breath nor the memory to remember whole songs and/or dance routines.

Anyways, backtracking to the Dark Cave now that I'm healed.

And now the team's all caught up (and we got a Metapod)!

And now it's Sprout Tower time. Lemme just wind my watch forwards a bit and...

Pretty alright Gastly, I think. I then proceeded to take a break and got distracted for a good while longer, so turning the clock forwards became a very moot point.

On a side note, this monk has something that's not a Bellsprout! Genuinely surprised me.

Lemme know how that works out for ya, Binch.

Anyways, I totally forgot he was an actual boss to fight, so whoops! Kinda regretting not buying more potions.

This was really dumb.

This was less dumb.

And this was a heart attack and a half. Took the combined efforts of Inky, Wormy, and Ivy to beat this one 'cuz my whole team was either weak to grass or at half health, and that was my very last Vine Whip. Bellsprouts are kinda scary, actually.

At least Pioneer got a level, despite doing literally nothing to it.

Anyways, here's the team! Next time, we go beat up Falkner, maybe get some more levels first, and press on southward.

I'm not really sure how, but I definitely managed to break something when I first got here. Had to reload my save to fix it. Also, you can't really see it here, but as I walked, I was constantly flipping forwards and backwards. These screenies do not do this justice. 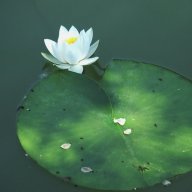 extremely HGSS but also very solid looking team. Pioneer is gonna carry you far through the early game. that -def nature rattata scares me though D: