Advice Accept Ivysaur Death or Not?

So I'm currently doing a nuzlocke of Pokémon Sacred Gold on my computer, and last night I grinned up my Ivysaur to evolve it into Venusaur. But I forgot to save... I tried to grind again on the rocket grunt in the Kimono girl-dance place in Ecruteak City, but my Ivysaur was one-shot by a critical self destruct from a Koffing. Is there any leniency I can use to keep my Ivysaur cause they were valuable to me and my team and I lost a lot of time, or should I just accept the death and carry on? 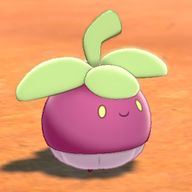 I've always viewed saving as making the session "canon", so unfortunately, if you wake up the next day and realize you didn't save, all that progress was probably just "a dream" and thus has to be redone from scratch. The Ivysaur was put under new risks since you forgot to save and thus were exposed to the elements and unfortunately, died to a crit. It was a situation that could've happened in the original, assuming that you grinded in the same spot as the Save File 2, and it didn't happen due to no-crit-luck.

If it were me, I'd consider the Ivysaur as dead. Ultimately your call though. 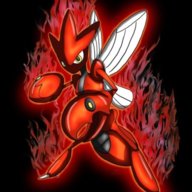 It's your call but I feel you should've decided before restarting that bit that either you'd accept this new reality OR, not care what happens and do exactly what happened up to where you were

I'd personally go with the "you got there the first time without dying, so anything to return to that point doesn't matter" interpretation (though I've never actually forgotten to save after something like that, so I've never actually done anything like this). So that would protect you through any grinding to return to where you'd gotten to and would protect you through any progression of the storyline that you had already made (and lock you to the closest encounter to any you caught the first time around, should any of those be lost), but if you enter any fight that you didn't already beat, then any deaths during it would count.

I've not played Sacred Gold, so I'm not sure whether that was a grinding battle or a story progress battle, and I'm not sure if you had already beaten them the previous day or not if it was the latter. But regardless of what you decided on this matter, the real take away here should be: "Don't grind on Pokemon that have Self Destruct."
...And also save more.
You must log in or register to reply here.
Share:
Facebook Twitter Reddit Pinterest Tumblr WhatsApp Email Link