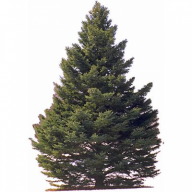 This kills the crab

I know at least some of you tend to keep tabs about what mons you've already used in a certain game or series and afterwards make a point to not reuse them in subsequent nuzlockes of the same game/future runs of that same series. Examples:
A) Final team of a Platinum run: Crobat, Infernape, Bibarel, Giratina, Golem, Tentacruel. On subsequent Platinum playthroughs, you pick between Turtwig and Piplup for starters, skip 1st encounters if they're Bidoof, etc.
B) Same as above, but you're only barred from using the specific mons that made it to the HoF. Using the same example as 1), on your second run you could start with a Chimchar or catch a Bidoof, but they'd be stuck as Monferno and Bidoof respectively.

Having never explicitly done something of the sort and finding myself in a bit of a conundrum while playing Crystal Clear - a very expansive gen 2 hack, to say the least - I ask of you: how do you usually handle mid-E4 deaths in the context of a "legacy Hall of Fame" ruleset? What if the E4 don't constitute the end of your run (i.e. because you're playing GSC up to Red)?

Hi there. I personally never used such a ruleset, though I do keep track of all the pokemon I lost over my nuzlockes as well as the ones who have entered the hall of fame, so I might one day try that, thanks for the idea.

Anyway for your question I can't answer from personal experience but I guess it depends on the technical definition of the rules you used in your run. Was your rule "not to use pokemon that have entered the hall of fame"? If so I'd count ones that died in the E4 battles as well.